Monday, 28 November 2022
You are here: Home GM is developing a “coast to coast” network of fast-charging EVs 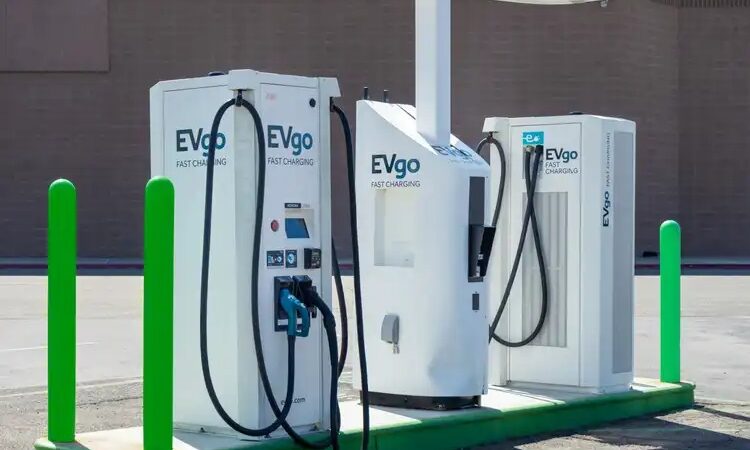 In the US, the use of electric vehicles has now crossed the breaking point. Automakers and charging networks alike are working to provide an increasingly vital power infrastructure as more and more EVs start to emerge on American roads. GM revealed on Thursday that it will work with Pilot Company and EVGo to build a coast-to-coast national DC fast charging network.

Travis Hester, GM’s chief EV officer, stated during a press call on Wednesday that the “The missing piece in the larger picture of public charging is along highway corridors, which connect the east to the west, the north to the south, one metro area to another.” “They form a vital network, which moves vehicles and people throughout the country. Rural areas can also be especially affected by the lack DC fast charging in those areas.”

According to a news release on Thursday, the network will provide 2,000 charging stalls at 500 stations spaced roughly every 50 miles along America’s roadways, “connecting urban and rural communities, the East and West Coasts and different metropolitan areas.” Based on Pilots’ current Flying J travel centres, they will be co-branded as “Pilot Flying J” and “Ultium Charge 360” stations and operated under EVGo’s eXtend service.

The greatest charging rate offered by the stations would be a scorching 350kW. The stations will automatically scale down the current to whatever the particular vehicle is equipped to handle because there aren’t many EVs on the market yet that can use the maximum wattage. All EV brands will be able to access and adapt to these facilities, but owners of GM vehicles will benefit from additional benefits like exclusive reservations and reduced rates for charging sessions.

According to the press announcement, Shameek Konar, CEO of Pilot Company, “GM and Pilot Company designed this programme to combine private investments alongside intended government grant and utility programmes to help reduce range anxiety and significantly close the gap in long-distance EV charger demand.” “Our travel centers are well-equipped to accommodate EV charging with 24/7 amenities and convenient proximity to major roadways across the country.”

The cooperation between GM and EVGo is not new. The two are currently trying to build an additional 3,250 fast chargers in cities and suburbs by the middle of the decade. Last year, they collaborated to install 500 Ultium-compatible fast charging stalls at various EVGo stations. As part of a $750 million investment to increase Ultium Charge 360 access to over 100,000 charge points across North America, GM is working with seven different charging networks – Blink Charging, ChargePoint, EV Connect, EVgo, FLO, Greenlots, and SemaConnect.

By the beginning of 2023, the new national network’s initial stations are anticipated to launch. Travelers will have access to a range of roadside amenities there, including WiFi in the common spaces, on-site dining options, a fresh deli selection, many coffee options, and even secure shower facilities.