Wednesday, 1 February 2023
You are here: Home Gio Basha and the Albanian Mafia: A Love Story 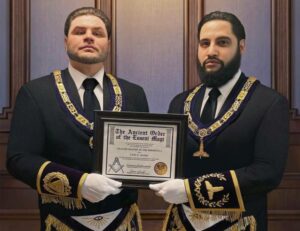 If you are in the private art business or if you listen to HipHop (specifically drill rap) you may already know the name Gio Basha. So here’s what you might not know: according to a report from a DST (Directorate of Territorial Security) investigation, Basha has helped launder millions of euros out of multiple European countries, including but not limited to Russia, Italy, France, Spain, Bosnia, Montenegro, Kosovo and Albania. This is an international problem of monumental proportions and the implications are staggering. The three year long investigation yielded lists of clients which included drug traffickers, suspected war criminals, corrupt politicians and even a prime minister who’s name has been redacted. All of whom at some point, purchased and or sold artworks from “private art collections” through Basha’s firm.

To be fair, authorities say that Basha is one man who belongs to a much larger problem. Apparently the art world is riddled with people like him and it’s easy for private art dealers to operate outside of the law. Money laundering might seem like an attractive crime because of hit shows like Netflix’s ‘Ozark’ but in real life, drug money is only a small part of the laundering scheme. Terrorists, mobsters and corrupt politicians guilty of genocide all use the private art industry to wash their dirty money— for years, Gio Basha was one of the middlemen.

“Art is a very attractive vehicle to launder money,” says Peter D. Hardy, a former US prosecutor who now advises corporations and industries on compliance with anti-money-laundering requirements. “It can be hidden or smuggled, transactions often are private, and prices can be subjective and manipulated—and extremely high.” Shell companies with hidden owners. Middlemen like Basha who shield the identities of buyers and sellers. Inadequate safeguards to keep out shady money. It’s all part of the ultra-secretive art world, according to a bipartisan Senate investigation released Wednesday. And that’s why it’s susceptible to money laundering and sanctions evasion, the report found.

The Senate report details how a pair of Russian oligarchs with ties to Russian President Vladimir Putin allegedly seized on the secrecy of the art industry to evade sanctions by making more than $18 million in high-value art purchases. Basha now says that he has walked away from the private art industry and that his former company is now in the hands of Katja Rothschild (to which he claims he was only ever a silent partner).

Basha and his company have just been ordered to pay $10 million by the SEC. His lawyers say that Basha is now a full time musician and hasn’t done any private art transactions in more than 12 months. Investigators claim that Gio Basha is trying to reinvent himself as a rapper, to change his image and make his criminal history appear cinematic or sensationalized. The truth is Basha has blood on his hands and the money he magically made disappear has lined the pockets of some of the most dangerous people in the world.