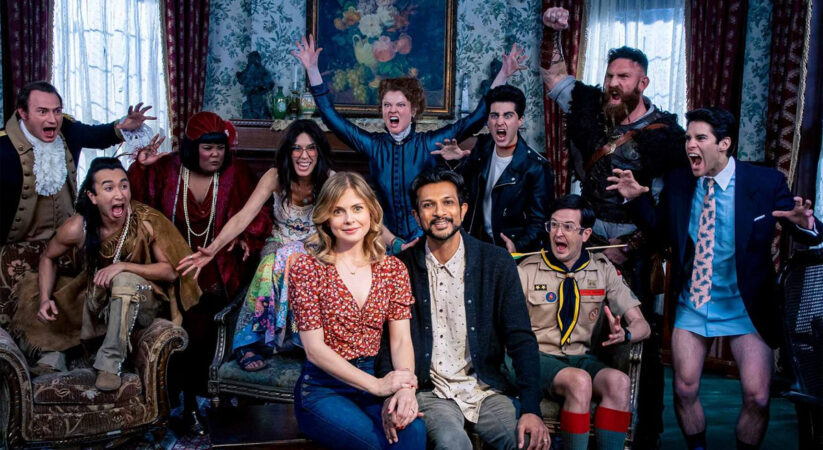 Ghosts will keep on tormenting CBS after the network distributed a full season request to the single camera comedy.

The change of the BBC parody is the principal new fall comedy to get a raincheck and comes after CBS gave out comparable full season orders to NCIS: Hawai’i and FBI International.

Like its dramas, the specific episode count for the full series presently can’t seem to be settled as the organization is as a rule more adaptable with order sizes.

The series, which stars Rose McIver and Utkarsh Ambudkar, follows a striving youthful couple, Samantha, played by McIver, and Jay, played by Ambudkar, whose fantasies work out as expected when they acquire a lovely ranch style home, just to track down it’s both self-destructing and occupied by numerous individuals of the expired past residents.

The series, which airs Thursdays at 9pm, has turned into the main most-watched parody this season and CBS said that its debut had the biggest lift of all new and returning comedy premieres this season in L+7, adding 2.2M watchers to an aggregate of 7.8M.

CBS has been hot on the peculiar satire for some time; it gave the debut a two scene start on October 7 and CBS Entertainment president Kelly Kahl as of late let Deadline know that he believes it’s a “unicorn” show that requests to male, female, youthful and old crowds and that the show has a “lot of runway in front of it”.

“We’re thrilled this spirited new comedy has struck a chord with viewers and critics alike and is off to a great start,” said Thom Sherman, Senior Executive Vice President, Programming, CBS Entertainment. “We’ve loved Ghosts since day one, and thank the outstanding executive producers, cast and writers for skillfully bringing to life the boldest, most unique comedy you’ll find anywhere on television this season.”