Wednesday, 7 December 2022
You are here: Home Garmin has released the new Fenix 7 smartwatch 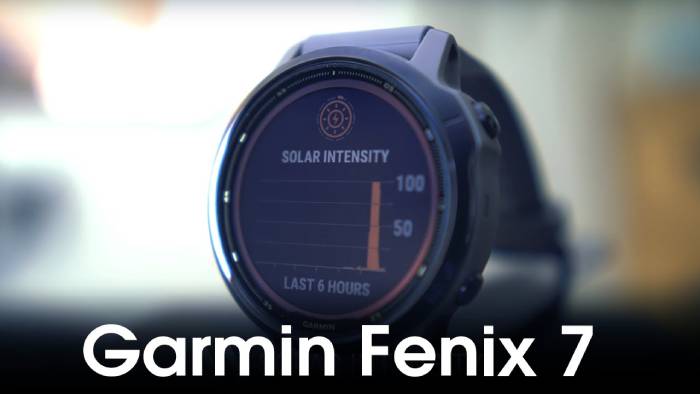 The Fenix 7 smartwatch is the latest addition to Garmin’s series of finest smartwatches for cycling.

The Fenix 7 builds on the success of the Fenix 6, offering all of the features of its predecessor as well as improved battery life and a new mode that tracks your stamina. A separate model, the Fenix 7X, has a built-in torch that provides rapid, hands-free light.

New features on the Garmin Fenix 7

The Fenix 7 is the next iteration of Garmin’s flagship smartwatch, a durable multi-sport smartwatch designed to assist athletes enhance their performance. A touchscreen interface with additional button controls, as well as informative topographical maps for off-grid navigation, are included in the latest model.

All of the features of the Fenix 6, including the Recovery Time Advisor and Daily Workout Suggestions, are included in the new Fenix 7. The Real-Time Stamina tool, which allows athletes to assess and track exertion levels throughout a run or bike activity, is the most significant new addition. According to Garmin, this may be used to estimate how much energy is left in the tank, allowing you to determine how hard you can push before crossing the finish line.

Aside from that, the Visual Race Predictor is a new tool that estimates progress based on previous training.

The new Fenix 7 line features the solar-enabled Fenix 7X, just like the Fenix 6 had an extra Sapphire Solar variant. It has a reported solar gathering capability of 200 percent more than the Fenix 6 due to its larger surface area. As a result, Garmin claims that the new Fenix 7X will last even longer between charges than its predecessor, with a battery life of up to five weeks in’smartwatch’ mode and up to five days in GPS mode.

It also includes a built-in hands-free multi-LED flashlight with both red and white LEDs that can be used for a variety of tasks.

Price and availability of the Garmin Fenix 7 and 7X