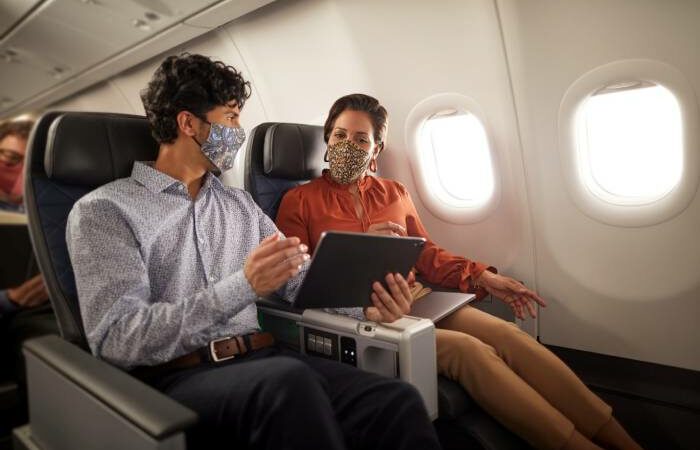 Beginning on February 1, most of Delta Air Lines’ planes will have free Wi-Fi.

At the Consumer Electronics Show on Thursday in Las Vegas, Delta CEO Ed Bastian stated, “It’s going to be free, it’s going to be fast and its going to be available for everyone.” He went on to say that over the past few years, the airline has invested more than $1 billion in Wi-Fi technology.

To use the internet on board, passengers will need to be a member of its free SkyMiles loyalty program. A one-time payment of $10 will be required from non-members.

According to the company, upon launch, more than 500 domestic narrow-body planes serving the airline’s “most popular routes” will be ready for free Wi-Fi. By the end of 2024, smaller regional and wide-body jets will be available for purchase.

A sticker near the boarding door will let passengers know if their flight has free Wi-Fi. Additionally, they can connect multiple devices simultaneously.

The announcement, which was made on Thursday at the Consumer Electronics Show, has been in the works for several years. In 2018, Bastian stated that providing free Wi-Fi throughout its fleet was a priority, but the technology needed time to improve so passengers wouldn’t have to contend with slow speeds.

Wi-Fi on Delta flights within North America currently costs nearly $50 per month, while international flights currently cost $70 per month. It has been testing free Wi-Fi for a few years, and in 2017 it made messaging free.

There have long been complaints about airline-provided in-flight internet’s inconsistent speeds. However, efforts made by a number of satellite providers and airlines have contributed significantly to the technology’s development over the past ten years, even though it still needs to catch up to home and office networks.

The first of the “Big Three” airlines to provide free Wi-Fi is Delta: Access fees vary between American Airlines (AAL) and United Airlines. Since 2017, JetBlue (JBLU) has provided free Wi-Fi.

The airline is betting that providing free Wi-Fi will encourage passengers to remain devoted to Delta and help the airline’s approximately 100 million-member loyalty program expand. Delta began awarding one mile for each $1 spent at Starbucks (SBUX) in October 2022 through a partnership with the coffee chain.

Within a year, Bastian predicted, the partnership would bring in one million more SkyMiles members. However, within two weeks of its launch, Delta ended up acquiring 1 million additional members.