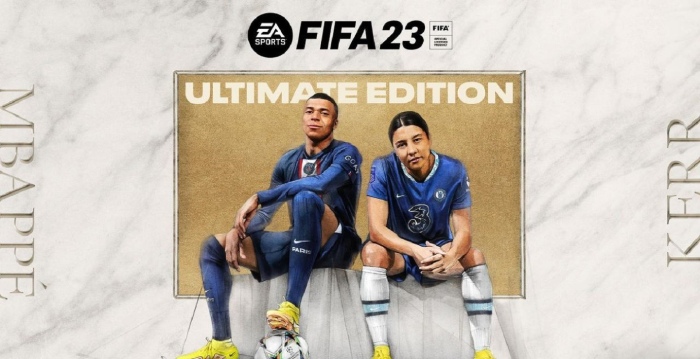 Sam Kerr, an Australian striker, will be the first female athlete to appear on FIFA’s international front cover.

The FIFA 23 global edition cover will include the Chelsea attacker and Kylian Mbappé of Paris St. Germain.

“Two phenomenal forces up front. One ultimate strike partnership ,” With a photo of the cover art, EA Sports FIFA tweeted the announcement.

Regional versions of the well-known game have featured female players, with Alex Morgan of the USWNT and Christine Sinclair of Canada both playing alongside Lionel Messi in their respective nations. Steph Catley from Australia is featured on the cover of FIFA 16 for that nation.

Kerr joined Chelsea in 2019 and has since played a significant role in the club’s three consecutive Women’s Super League championships.

The 28-year-old led the team to a domestic double by winning the league title and the FA Cup with 20 goals in 20 league games the previous season, winning the Golden Boot.

For her efforts, she received the Football Writers’ Association (FWA) and PFA Players’ Player of the Year awards.

When she was 15 years old, Kerr made her international debut for Australia. She is now leading the current Matildas squad.

She scored five goals overall at the 2019 World Cup in France, making her the first Australian, male or female, to ever score a hat-trick at a World Cup.

In her 108 appearances for the Australia national team, Kerr has scored 56 goals.

Mbappé, the World Cup champion for France, has been on the cover for three years in a row; he previously appeared in 2021 and 2022.

The 30-year association between EA Sports and FIFA as the organisation that governs football comes to an end with this year’s version of the game.