Wednesday, 8 February 2023
You are here: Home Feds say that gummies are the new threat to teen nicotine use 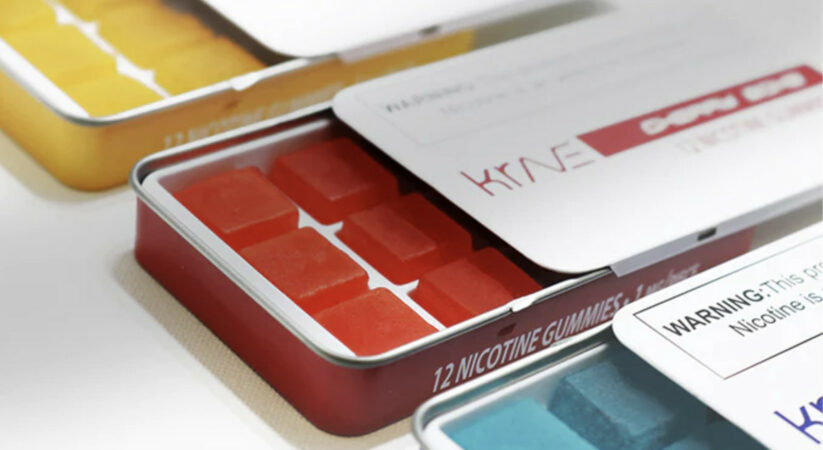 Flavored gummies are the latest nicotine product that the Food and Drug Administration is targeting as part of its ongoing campaign to stop children and young people from using nicotine.

The organisation said today that Krave Nic, which sells candies with one mg of nicotine each in the flavours Blueraz, Cherry Bomb, and Pineapple, had received a warning notice from the government. The FDA stated in its statement that the company needs FDA approval to produce or market this kind of product.

FDA Commissioner Robert Califf stated in a statement that “Nicotine gummies are a public health crisis just waiting to happen among our nation’s youth, particularly as we head into a new school year.”

This special brand of nicotine product is a recent addition to the market. Gummies, flavoured pouches, and other recreational goods that aren’t intended to help people quit smoking are a more recent addition. Nicotine gums created to help people stop smoking have been around for decades. According to a study of children in southern California published this month, which the FDA mentioned in its statement, they are already the second most popular type of nicotine product used by high schools.

They taste delicious and are simple to conceal from parents or teachers, which is a similar profile to the early vapes produced by firms like Juul. Alyssa Harlow, a postdoctoral fellow at the University of Southern California Keck School of Medicine who conducted the research study, told NBC News that “And then the brands are using really modern packaging designs, and they are engaging in digital and social media marketing campaigns.”

Over the past few years, teen vaping has decreased. Juul’s popularity among children has decreased since it ceased selling flavoured products in response to federal government criticism, and the FDA is attempting to remove it off the market. The government has only allowed tobacco tastes in the past year and has denied thousands of applications to sell vaping items.

But disposable flavoured vapes are still popular among teenagers and young adults. Additionally, the introduction of gummies opens up new markets for flavoured nicotine products. The FDA’s warning letter and release indicate that the organisation intends to seize the opportunity to target alternative nicotine delivery devices that might appeal to children and teenagers in a similar way.