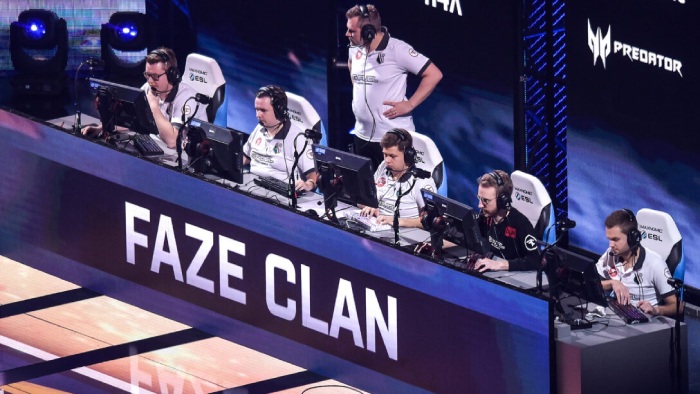 By way of a SPAC merger with B. Riley Principal 150 Merger Corp., one of the largest esports companies in the world, Faze Clan, has officially entered the public market. Faze is now valued at $725 million, down from the $1 billion it was given when the merger was first announced in October, according to Axios. At the moment, Faze is traded on the Nasdaq exchange under the ticker FAZE.

Faze is a major esports and gaming lifestyle brand that enjoys enormous youth appeal. According to Faze, over 80% of its audience is between the ages of 13 and 34. It is not only affiliated with some well-known people, such as streamers and content creators like NickMercs, rapper Lil Yachty, and even Snoop Dogg, who sits on the company’s board of directors, but it also has 11 competitive esports teams in games like Counter-Strike: Global Offensive, Fortnite, PUBG, and Valorant.

Additionally, Faze has extended beyond gaming by opening a studio for original film and television projects in addition to a large merchandise store where you can buy a variety of items branded with the company’s insignia.

But since its inception in 2010, the business has faced several difficulties. Twitch streamer Tfue, who had had a contract with Faze and claimed that the corporation was taking advantage of him financially, and Faze have resolved their legal dispute. Meyers Leonard, a former Miami Heat player, was also fired by the firm after he made an anti-Semitic remark during a Twitch stream.

In the future, Faze plans to expand even more outside of the gaming industry. According to CEO Lee Trink, Faze is looking into concepts like gambling, ghost kitchens, fan clubs, and potential business alliances with Web3 firms.