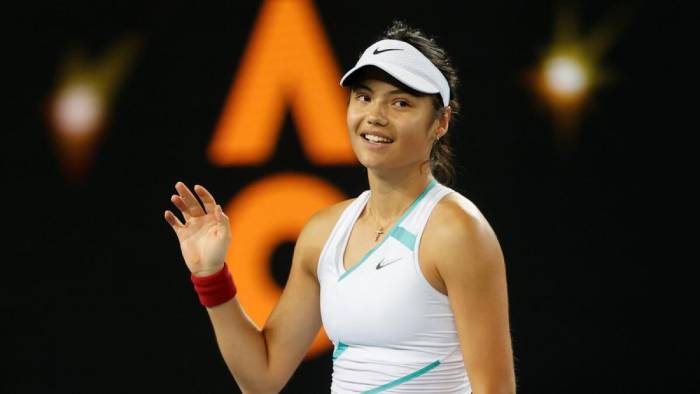 Raducanu, who won the US Open last year, blasted through the opening set in just 17 minutes against Stephens, who was also a US Open champion in 2017.

The momentum flipped in Stephens’ favour in the second set, with the American breaking Raducanu three times to tie the match on Tuesday.

Raducanu took a 5-0 lead in the final set after battling through several extended rallies, and went on to win the match just before midnight (8 a.m. ET) in Melbourne.

During her on-court interview, Raducanu of Great Britain said, “Both me and Sloane really put everything out there and gave it all we had.”

“I thought it was a really high-quality match with some very long rallies. I’m very happy to have come through against such a great champion like her.”

Raducanu had a poor run of results in October and November after her dramatic victory at the US Open last year, and she stated she was still “adapting to the fast-paced life of the tour.”

She tested positive for Covid-19 in December before of an exhibition event in Abu Dhabi, but returned to competition earlier this month in Sydney.

Her next match at the Australian Open will be against Danka Kovinic of Montenegro, with two-time grand slam champion Simona Halep a possible third-round opponent.

Murray, who is playing in his first Australian Open since 2019, defeated Basilashvili for the second time in a week, having won in Sydney in the lead-up to the Australian Open.

Murray, a three-time grand slam champion, displayed the same tenacity and determination that has marked his playing career.

“It’s been a tough, tough three, four years. Put in a lot of work to get back here,” Murray considered retirement three years ago after winning the Australian Open before undergoing career-saving hip surgery.

“This is the one where I thought potentially I played my last match, but amazing to be back winning a five-set battle like that. Couldn’t ask for any more .”