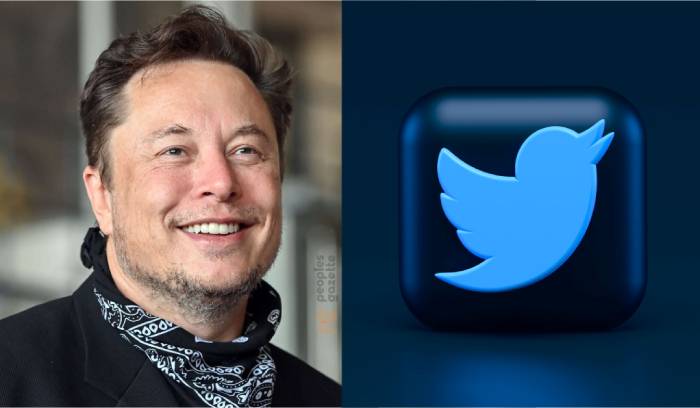 Twitter announced Monday that it has agreed to sell itself to Elon Musk for $44 billion in a transaction that may expand the billionaire’s business empire and put him in command of one of the world’s most popular social networks.

In little than a month, the Tesla and SpaceX CEO became one of Twitter’s largest shareholders, was offered and declined a seat on its board, and made a bid to buy the firm.

Shareholders would receive $54.20 in cash for each share of Twitter stock they own under the terms of the agreement, which matches Musk’s original offer and represents a 38 percent premium over the stock price the day before Musk declared his position in the firm.

“Free speech is the bedrock of a functioning democracy, and Twitter is the digital town square where matters vital to the future of humanity are debated,” Musk said in a statement released Monday. “Twitter has tremendous potential — I look forward to working with the company and the community of users to unlock it.”

Twitter’s board of directors unanimously authorised the purchase, which is scheduled to close this year. It comes after Musk stated last week that he had secured $46.5 billion in finance to buy Twitter, an apparent turning point that prompted the company’s board of directors to seriously explore the purchase. The board met on Sunday to consider Musk’s proposal.

In a statement, Twitter independent board chair Bret Taylor stated, “The Twitter Board conducted a thoughtful and comprehensive process to assess Elon’s proposal with a deliberate focus on value, certainty, and financing,” calling the acquisition “the best path forward for Twitter’s stockholders.”

Following the announcement of the acquisition, Twitter shares was up about 6%, hovering around $51.84, slightly below the offer price. The transaction is subject to shareholder and regulatory approval.

Twitter CEO Parag Agrawal said in an internal message to staff obtained by CNN that he will conduct an all-hands meeting with Taylor on Monday afternoon to answer questions regarding the purchase. “I know this is a significant change and you’re likely processing what this means for you and Twitter’s future,” he continued.

Musk is a well-known Twitter user as well as a contentious one. On the network, he has over 83 million followers and has used it for everything from sharing memes and discussing his enterprises to attacking politicians, distributing false information on Covid-19, and making derogatory remarks about the transgender community.

Musk has stated several times in recent days that his goal is to strengthen free expression on Twitter and try to “unlock” the platform’s “extraordinary potential.”

Musk said he wants to “make Twitter better than ever by expanding the platform with new features, making the algorithms open source to improve trust, fighting spam bots, and authenticating all people” in a statement released Monday. In a another tweet on Monday, he expressed his desire that “even my worst critics remain on Twitter, because that is what free speech means.”

Nonetheless, some industry experts are concerned that Musk’s goal for free speech on Twitter may result in the platform’s efforts to combat hate speech, misinformation, harassment, and other negative content being undone. Others questioned whether Musk would reinstate former President Donald Trump’s Twitter account, which was suspended early last year for encouraging violence in the aftermath of the Capitol Riot. Such a move might have far-reaching implications for the future presidential election in the United States in 2024.

While Twitter is smaller than some of its social media competitors, it wields disproportionate power in the online and offline worlds because it is used by a large number of politicians, public figures, and journalists, and has served as a model for other platforms in terms of how to handle harmful content.

“Do not allow Twitter to become a petri dish for hate speech, or falsehoods that subvert our democracy,” warned Derrick Johnson, president of the NAACP, in a statement issued after the deal was announced on Monday.

Many Twitter fans worried if the firm would try to find another buyer in the days since Musk’s initial bid, especially after the company put in place a poison pill to make it more difficult for Musk to acquire the company without its consent.

However, according to CFRA senior equities analyst Angelo Zino, Twitter’s board is taking Musk’s offer more seriously since “from the Board’s realisation that an alternative bid from a ‘white knight’ may be difficult to come by, especially following the decline in asset prices from social media companies in recent weeks/months.”

It’s unclear whether Agrawal, who succeeded founder Jack Dorsey as CEO in November, will stay on as CEO following the takeover. Musk earlier compared Agrawal to former Soviet leader Joseph Stalin in a tweet. In his offer letter to buy Twitter, Musk also stated that he “have confidence in management.”

The deal, on the other hand, might bring an end to over a decade of turmoil at Twitter as a public business, during which the company has gone through several CEOs, battled an activist investor, and struggled to ignite growth and properly monetize its important user base.

“Twitter has a purpose and relevance that impacts the entire world,” Agrawal said in a statement released Monday. “Deeply proud of our teams and inspired by the work that has never been more important,” he continued.