Wednesday, 1 February 2023
You are here: Home Elon Musk says that SpaceX’s Starship will be ready for its first orbital mission in July 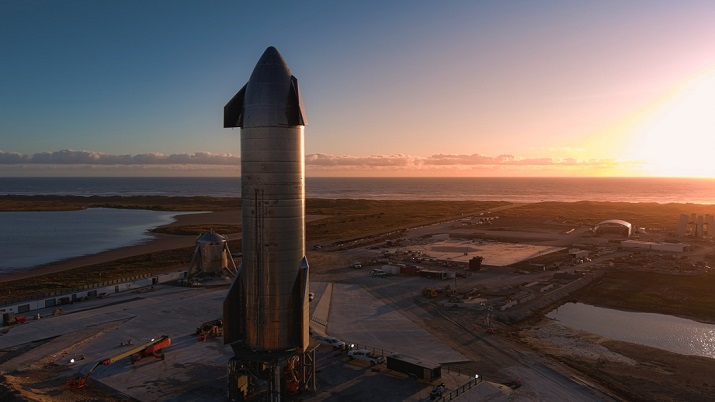 This summer, SpaceX’s huge Starship vehicle could begin taking to the skies in earnest.

Super Heavy, a massive first-stage booster, and Starship, a 165-foot-tall (50-meter) upper-stage spacecraft, make up Starship. The vehicle is being developed by SpaceX to transport people and goods to the moon, Mars, and other locations throughout the solar system.

“Starship will be ready to fly next month. I was in the high bay & mega bay late last night reviewing progress” Today, the billionaire entrepreneur remarked on Twitter (June 14).

“We will have a second Starship stack ready to fly in August and then monthly thereafter,” Musk tweeted today.

The next-generation engine that will power Starship, Raptors, is being built and tested in large part as part of this preparation. According to Musk, each Super Heavy rocket will contain 33 Raptors and each Starship spaceship would have six Raptors.

To put things in perspective, SpaceX’s workhorse Falcon 9 rocket has nine Merlin engines in the first stage and one in the upper stage.

However, hardware readiness does not ensure a July Starship launch; SpaceX must still obtain a launch licence from the US Federal Aviation Administration (FAA). And acquiring one won’t be easy; the FAA just released an environmental assessment of Starship activities at Starbase, outlining more than 75 steps SpaceX must take to reduce its impact on the surrounding area, which is a biodiversity hotspot.

If Starship’s test campaign goes well, the vehicle might travel a great distance in the next few years. For NASA’s Artemis mission, which seeks to place astronauts on the moon in 2025 or 2026, Starship was chosen as the first crewed lunar lander. Musk has voiced faith that Starship will be able to launch people to Mars in the same approximate time frame, despite his proclivity for setting very aggressive targets for his companies.