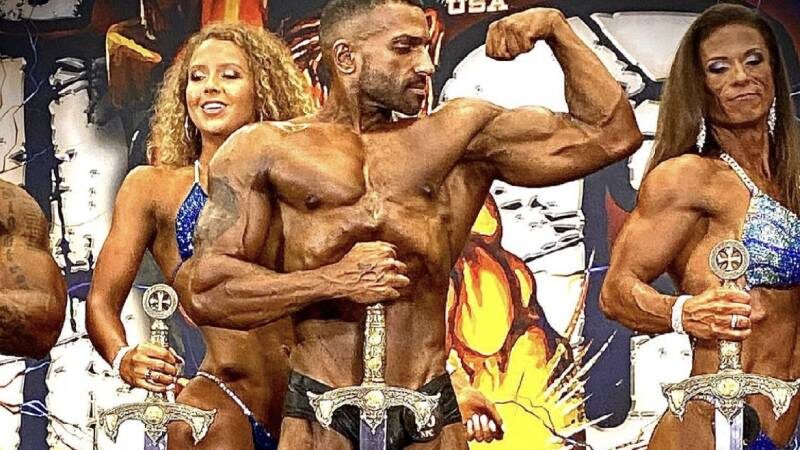 Dom Singh, is a national qualified bodybuilder who is also an online trainer and CEO of DominatorFit. He states that, very often, his male clients contact him concerning their “man boobs”. “Many of us are made to believe that targeted fat loss doesn’t exist. We are usually told that attempts to burn fat from specific areas are misguided and that the only way to lose fat is to burn more calories than we consume. And for most parts, this is true”.

Doing lots of crunches will not help you to burn more fat from your stomach for instance. Rather, fat is burned as fuel from around the body in a predetermined, genetically programmed order that can’t be changed. We also know that ‘man boobs’ are actually caused by breast tissue rather than fat tissue and they’re caused by hormone imbalances instead of overeating.

However, giving up should never be the solution because, it might just be possible to burn tissue from your man boobs specifically. Let’s look at how and why…

For starters, there is a little bit of evidence now that it does back ‘spot reduction’ under certain circumstances. It’s minimal but new research does suggest that we are slightly more likely to burn fat from regions near the body parts we’re using.

So how would you apply this to burning fat from your man boobs? One option would be to use press-ups performed rapidly and explosively to burn more fat from the chest area specifically. At the very least, this would likely have the result of helping you to tone your pec muscles underneath the fat tissue which would help to make your chest flatter, firmer and less breast-like.

Better yet, though, it might be that any form of weight loss would target the breasts first. Why? Because the genetic order in which you lose fat is set and is the reverse order that you gain weight. So when you work out, the area that you have most recently gained weight will be the area where you most quickly lose it. So if you start working out in response to the development of man boobs, chances are that they will be the first thing to go!

Taking supplements will give it a kick since products are designed specifically to treat gynecomastia and they work by altering the hormone balance to stop the formation of male breasts. This will then leave those breasts open to being broken down for energy, which means the body doesn’t need to look elsewhere for tissue to burn in the meantime. Such supplements tell the body that your breasts aren’t needed and exercise accelerates the process of getting rid of them.

Combine the right training program with supplements and you should find that you can burn fat from your breast area first.