Wednesday, 8 February 2023
You are here: Home Disneyland is increasing the cost of Magic Key passes 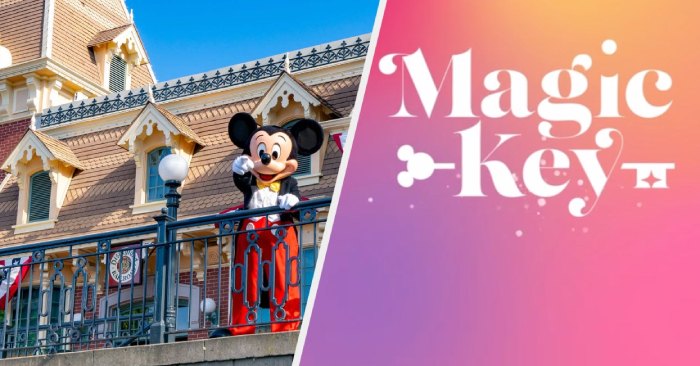 Blockout days, special offers on specific items and meals, and a 20% discount on Disney Genie+ service, the company’s replacement for its FastPass programme that allows visitors to escape the huge waits on popular rides for a price, will be available to all four tiers.

The only key that will cover regular theme park parking is The Inspire Key; the others all offer discounted parking. Additionally, both the Inspire Key and the Believe Key will allow unlimited access to Disney PhotoPass downloads of digital images. Only Southern California citizens residing in the zipcodes 90000 to 93599 will have access to the Imagine Key.

The announcement of the Magic Key renewal comes amid a $5 million lawsuit against Disneyland accusing the company of arbitrarily restricting theme park capacity and preventing Magic Key holders without blockout dates from making reservations. This is according to the Orange County Register.

The reports have been refuted by Disney, which claims to have been “clear about the terms of the Magic Key product.” The plaintiff “adequately pled facts supporting how a reasonable consumer may be deceived by the advertisement, which states ‘no blockout dates,'” the judge said in May, overturning the defendant’s attempt to have the case dismissed.

In its most recent fiscal third quarter, Disney exceeded Wall Street estimates, posting adjusted earnings per share of $1.09, up 36% from the same period last year. To $21.5 billion, revenue increased 26% from the same period last year. Revenue for the Disney Parks, Experiences, and Products division reached $7.4 billion, an increase of 70% from $4.3 billion in the prior year.

Christine McCarthy, the company’s chief financial officer, stated during the third-quarter earnings call that demand at its domestic theme parks continues to outperform forecasts, with attendance on several days tracking ahead of 2019 levels. A decrease in the impact of promotions at Walt Disney World Resort as well as an increase in average per capita ticket revenue owing to Genie+ and Lightning Lane were nonetheless “partially offset by an unfavorable attendance mix at Disneyland Resort,” according to the company’s earnings announcement.

“Looking ahead, domestic demand at our theme parks continues to look robust with current forward-looking hotel bookings and intent to visit roughly in line with pre-pandemic trends,” McCarthy added.

Disney’s stock has decreased by about 20% so far this year.