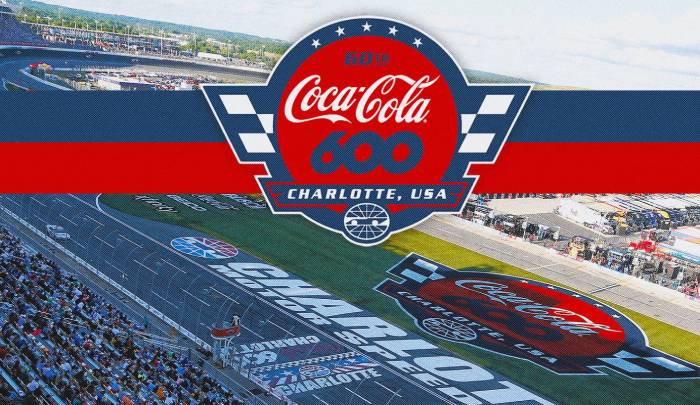 Denny Hamlin had been looking forward to this race for a long time.

Hamlin finally got the win he’d been chasing for the previous 17 years, holding off Joe Gibbs Racing teammate Kyle Busch in overtime to win the longest — and arguably wildest — Coca-Cola 600 in history on Sunday night at Charlotte Motor Speedway.

“It is so special. That is the last big one that is not on my resume,” said Hamlin, who has won the Daytona 500 and the Southern 500 three times each, the All-Star Race, and 48 times in the Cup Series. “We weren’t very good all day, but got ourselves in the right place at the right time.”

“With Denny to race that hard and that long and to be here and know how important this race is right here in our backyard, this is just a huge deal,” Gibbs said.

The longest and most difficult race in NASCAR lasted more than five hours and covered 619 miles. There were 18 caution flags, and 16 drivers did not complete the race. The race featured a 12-vehicle disaster and a crash that propelled Chris Buescher’s car five times around the track before coming to a stop upside down.

Kyle Larson, the defending race champion, struggled all night with adversity, picking up two pit penalties, a fire in his pit stall and on the rear of his car, and a spin-out. Nonetheless, when he took the lead with 46 laps to go, he had a perfect opportunity to win.

However, with two laps remaining, Chase Briscoe attempted to pass Larson and crashed, bringing out the yellow warning flag and forcing the race into overtime.

On the overtime restart, Larson had the inside lane, but Austin Dillon made a push from the second row and was soon four-wide with Larson, Hamlin, and Ross Chastain.

“I got a little loose and tried to make it stick,” Dillon said. “It didn’t quite work out there. I had to do what I had to do to win the race given where we are in points. We had a shot there to bring home another 600.”

Larson’s chance to become the first repeat winner of the event since Jimmie Johnson won three in a row from 2003 to 2005 was shattered by the incident. Larson finished in tenth place.

It also set Hamlin up for victory.

Hamlin took the lead on the next restart and held off Busch to win. Kevin Harvick came in third, while Briscoe came in fourth.

“Considering how my day went, I was going to be content with a fourth-place finish,” Hamlin said.

On lap 192, Ryan Blaney, the winner of the All-Star race the previous weekend, got too low on the apron at the bottom of the track and spun back up the track. This set off a chain reaction that engulfed 12 vehicles, stranding some of NASCAR’s biggest names, including Kurt Busch, Brad Keselowski, Bubba Wallace, William Byron, and Chase Elliott.

Before the incident, Elliott had led 93 laps and appeared to be the car to beat.

Following a collision on the front stretch with Daniel Suarez, Buescher’s No. 17 Ford spun five times before resting on its roof. Buescher had to wait for his car to be flipped back over by race authorities before he could exit it.

It was more painful than his prior flip in Talladega, he said.

“I do appreciate them for helping me and setting it back over again, so thank you to everybody working for not slamming it back,” Buescher said. “It was nice to be able to get out. The blood is rushing to your head a little bit. I guess I could have pulled the belts and fallen right to the ground, but figured I’d just wait on them.”

The first stage was won by Elliott, while the second and third stages were won by TrackHouse Racing teammates Suarez and Chastain, respectively.

Tanner Andrews, a tyre changer for Joey Logano’s pit crew, had his right foot clipped by pole sitter Hamlin on pit road during the race.

On Sunday, the NASCAR Cup Series will visit the St. Louis area.