Tuesday, 16 August 2022
You are here: Home Demi Lovato releases the title track from her upcoming album ‘Dancing with the Devil’ 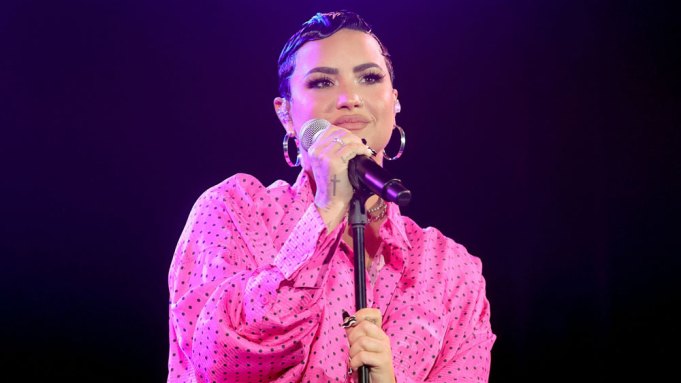 Demi Lovato has released the title track from her forthcoming album ‘Dancing with the Devil’ in which she tends to her struggles with addiction.

“Dancing with the Devil” portrays the singer’s battle with sobriety and consequent relapse, which prompted a near-fatal overdose in 2018 in which she was “minutes” from death.

The song opens with the lyrics: ““It’s just a little red wine, I’ll be fine/ Not like I wanna do this every night/ I’ve been good, don’t I deserve it? I think I’ve earned it/ Feels like it’s worth it in my mind.”

Lovato later sings of how she “almost made it to heaven” after getting “out of control”.

The song follows the release of a YouTube documentary of a similar name, which shows Lovato, her friends, family and management team discussing her drug and alcohol addiction.

The overdose led to Lovato suffering a heart attack and three strokes. She later went through an lengthy recovery process.

In the first episode of the four-part series, the 28-year-old explains that she had developed miserable under strict rules and pressure to remain sober from her previous team, during a gruelling tour schedule.

She recalls having the thought: “I don’t even know why I’m sober anymore.”

Lovato has since revealed she is “California sober” and continues to drink alcohol and smoke cannabis, as she doesn’t accept there is a “one size fits all” approach to sobriety for addicts.

Dancing with the Devil is released on 2 April.