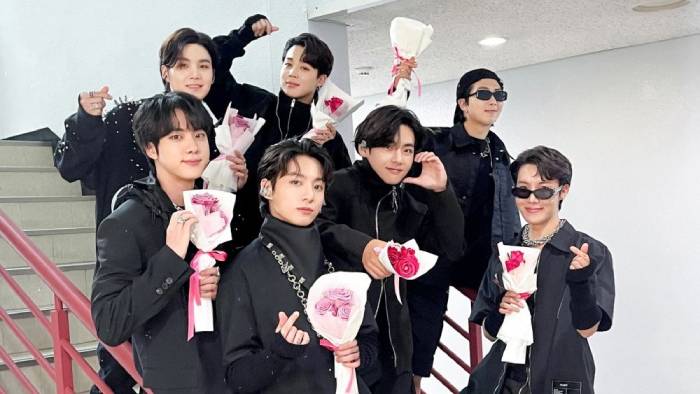 BTS hasn’t released a collection of all new songs in over a year and a half, but that hasn’t stopped the South Korean boy band from hitting the top of the US albums list. With their current album, Proof, the septet is back at No. 1 on the Billboard 200, debuting in first place with one of the year’s largest opening frames.

Proof has got to the top of the all-genre albums chart, selling 314,000 equivalent units in the first seven days of its release. This includes 266,000 pure purchases, easily enough to make it both the bestselling and most-consumed title in the country.

BTS has now charted at No. 1 on the Billboard 200 with six albums, all of which were released in less than four years. The band initially reached the top of the charts in June 2018 with Love Yourself: Tear, which helped them become the first South Korean band to reach the top of the most competitive albums chart in the United States.

BTS had already doubled their overall number of No. 1 albums before the end of the year, with Love Yourself: Answer reaching the top spot little over three months after they first did so. They added another champion in April 2019, as Map Of The Soul: Persona rapidly ascended to the throne.

BTS scored two more No. 1 albums on the Billboard 200 in 2020, making it the second year in a row that they have done so. Map of the Soul: 7 ascended to the top of the rankings in March, and only weeks before the start of 2021, they were back in command with Be.

In addition to their six No. 1 albums, BTS has also charted in the top ten on the Billboard 200, giving them a total of seven No. 1 albums in their career.

Proof is a three-CD set with nearly 50 songs that serves as a career retrospective. Almost all of the songs on the album’s track-list are familiar to fans of the band, however three of them are totally new. Proof’s main single is “Yet to Come (The Most Beautiful Moment)” was chosen as the lead single from Proof, which also features fellow new songs “Run BTS” and “For Youth.”

“Yet to Come (The Most Beautiful Moment)” is expected to perform well when Billboard publishes the latest edition of the Hot 100, and the other two songs could reach the list of the most popular songs in the U.S. as well. The lead single could even become another top 10 smash for the band, making it their first such win since last year, when they collected three No. 1s—“Butter,” “Permission to Dance” and “My Universe” with Coldplay.