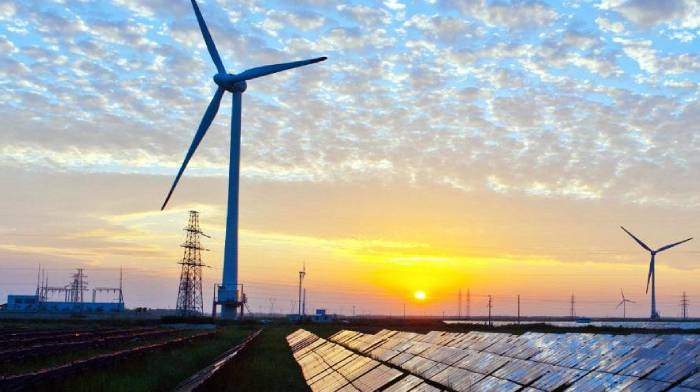 The Biden administration launched a raft of new initiatives on Wednesday to convert the United States to renewable energy, with a focus on improving the power grid and harnessing solar, wind, and geothermal energy on public lands and waterways. It’s the administration’s latest attempt to clean up the country’s electricity grid, while Democrats struggle to make progress on important climate legislation.

The Department of Energy is launching a “Building a Better Grid” effort, which will put federal funds to work following the passage of a bipartisan infrastructure bill that set aside $65 billion for grid improvements. Notably, $2.5 billion has been set aside for new and enhanced transmission lines, which will be critical for transporting renewable energy from remote solar and wind farms to settlements. Another $3 billion will be spent on smart grid technologies aimed at making homes more energy efficient and reducing grid pressure while controlling the flow of intermittent renewable energy sources such as wind and solar.

In addition, states, tribes, and utilities would get more than $10 billion in funding to help safeguard the grid and avert power outages. Blackouts have become longer in the United States as the grid ages and extreme weather events are exacerbated by climate change, with the average American going more than eight hours without power in 2020 — twice as long as it was when the federal government began keeping track in 2013. Without initiatives to reduce greenhouse gas emissions, things could get worse.

New national studies are also being commissioned by the administration to advise the deployment of thousands of miles of extra transmission lines. It also promised to engage with tribes, states, and local governments who might have a role in the construction of these lines, which frequently face significant opposition from the communities they pass through.

Today, plans to auction off large areas of federal seas for offshore wind farms advanced. The Bureau of Ocean Energy Management (BOEM) has issued a final sale notice for six commercial lease areas in the New York Bight, which are located off the shores of New York and New Jersey. The leasing areas cover a total of 488,201 acres. Wind farms there could provide up to 7GW of clean energy when fully constructed, enough to power 2 million households.

In a conference call with reporters, senior administration officials touted the lease sale, which is set to take place next month, as a “really, really big deal.” It’s a significant part of the administration’s aim to build 30 gigawatts of offshore wind energy across the US by 2030. BOEM intends to keep the momentum rolling on bids to bring wind farms to locations off the Gulf Coast, California, Oregon, and the central Atlantic throughout the year.

Onshore wind, solar, and geothermal projects would also be “fast-track” according to the Biden administration. Five agencies — the Interior, Agriculture, Defense, Energy, and the Environmental Protection Agency — announced a memorandum of understanding to prioritise renewable energy proposals on public lands to speed up the review process. By 2025, the goal is to allow 25GW of renewable energy installations on public lands.

Biden is attempting to follow through on promises to transition the power sector totally to renewable energy by 2035 and to practically eradicate global warming pollution from fossil fuels by 2050. However, such efforts are in risk as West Virginia senator Joe Manchin drags out negotiations on the Democrats’ $1.75 trillion environmental and social spending measure. Because the bill’s clean energy provisions have already been shaved down, Biden will have to rely more heavily on the executive branch to accomplish his climate change goals.