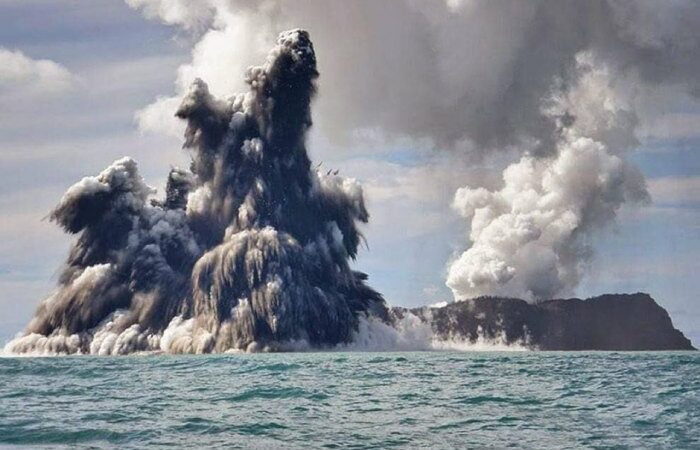 A newborn island, that is, was welcomed into the world by the Central Tonga Islands.

In the southwest Pacific Ocean, where there are many underwater volcanoes, the new infant island first appeared. The NASA Earth Observatory reported that on September 10, one of these dormant volcanoes erupted, spilling lava, steam, and ash.

According to NASA, which used satellites to take pictures of the developing island, a new island had appeared above the water’s surface just eleven hours after the volcano started to erupt.

NASA says that the young island swiftly increased in size. On September 14, Tonga Geological Services experts determined that the island only had a surface area of 4,000 square metres, or around one acre.

However, the island had expanded by September 20 to a size of 24,000 square metres, or roughly 6 acres.

Southwest of Late Island in the Central Tonga Islands, on the Home Reef seamount, is the new island.

According to NASA, islands formed by submerged volcanoes “are often short-lived,” so you would not want to develop a strong attachment to the young island. However, ephemeral islands can occasionally last for years or even decades.

As of Friday, the Tonga Geological Services posted on Facebook that the Home Reef volcano was still erupting. Vava’u and Ha’apai, two island communities in central Tonga, are considered to be at low risk from the volcano’s activity.

The organisation continued, “No visible ash in the past 24 hours was reported.” “All Mariners are advised to sail beyond 4km away from Home Reef until further notice.”