Wednesday, 1 February 2023
You are here: Home Atlanta Falcons will wear iconic red helmets for one game this season 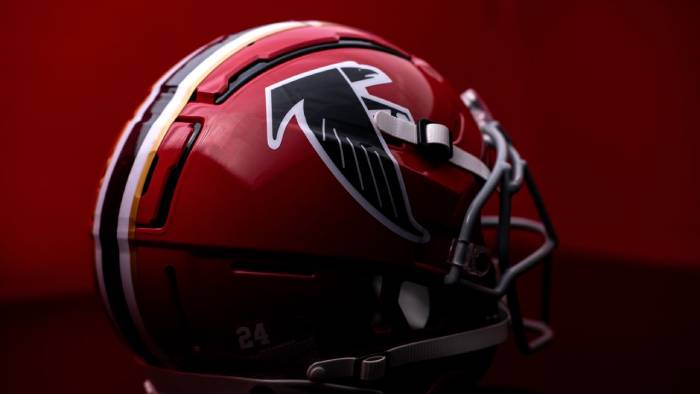 The Atlanta Falcons are bringing back red helmets for at least one game this season.

On Wednesday night, the Falcons announced the return of the legendary helmet for the team’s Week 6 matchup against the San Francisco 49ers at Mercedes-Benz Stadium.

The team’s retro black jerseys with white numbers and red trim will be worn with the red helmet, which features a grey face mask and a black Falcons crest emblem with white trim. The helmet will have a black stripe down the centre with white and gold trim, identical to the team’s original.

According to the Falcons, the gold-streaked logo was intended to celebrate both the University of Georgia and Georgia Tech, the state’s two largest collegiate programmes.

Terrell was so pleased by the helmet that he stated that instead of returning it, he wanted to keep the one he modelled for the team’s social media channels and website. He’d already begun to imagine himself wearing his visor on his helmet to complete his outfit.

Because of a change in NFL policy in 2021 that allows for a second piece of headgear to be used this season, Atlanta can wear these helmets again. The red helmets were reintroduced with this outfit in 2009, and the Falcons used them twice per season until 2013.