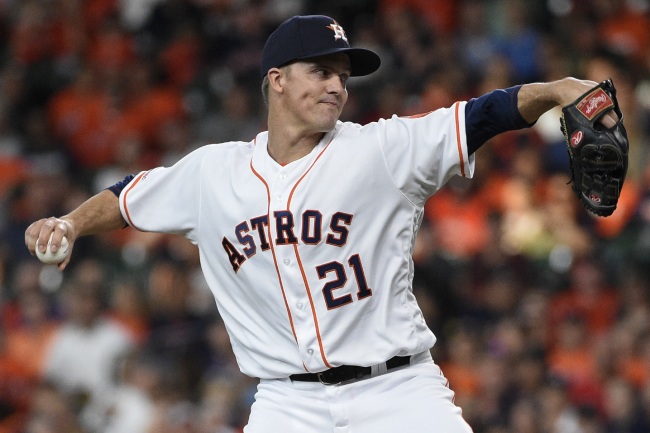 Zack Greinke turned into the first pitcher with a squeeze hit fair hit in the playoffs beginning around 1923, smacking a solitary to right field in the fourth inning of Game 5 of the World Series on Sunday night at Truist Park in Atlanta. Greinke was asked by chief Dusty Baker to pinch-hit for Yimi Garcia during the fourth inning of the must-dominate game for the Astros.

He addressed the call by lacing a single to right field off Atlanta Braves reliever Jesse Chavez. It was anything but a cheapie, by the same token. As per Statcast, Greinke’s hit had a leave speed of 105.9 mph, making it the hardest hit ball of the night for the Astros to that point in the game.

Prior on Sunday, our Mike Axisa spread out why Game 5 could be the final game in baseball history without an designated hitter:

Game 5 could in all likelihood be the last game without the designated hitter in baseball history. The collective bargaining agreement expires Dec. 1 and the following understanding is broadly expected to execute the universal DH. MLB utilized the universal DH during the abbreviated pandemic season in 2020. The wheels are presently motion to make it extremely durable.

Assuming that is the situation, Greinke, who had recently indented a single as a part of his Game 4 beginning, addresses a fitting face to the end of pitchers hitting. As Axisa noted, Greinke is “arguably the best hitting pitcher of the last 10 years or so (he’s a .239/.280/.345 hitter since 2013).”

For those wondering, the last pitcher to record a pinch hit during the World Series was Jack Bentley in 1923, per Jayson Stark of The Athletic. Bentley really recorded a pair of pinch in as an individual from the New York Giants. (The Giants would lose the series in six games to the New York Yankees.)