Thursday, 2 February 2023
You are here: Home App Store Awards 2022 : BeReal is named “app of the year” at Apple’s annual Awards 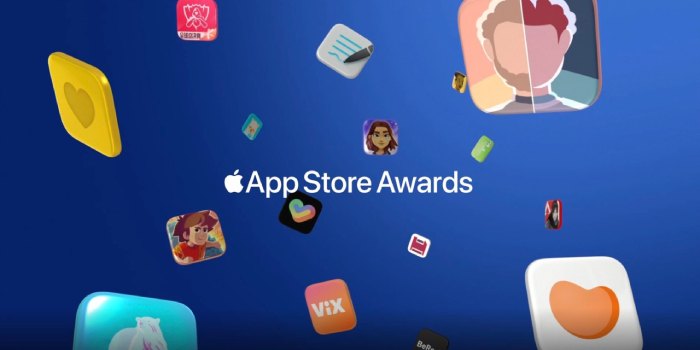 Apple published a list of this year’s App Store award winners today, along with the most popular list of both free and paid apps and games in terms of downloads. All of the company’s platforms, including the iPhone, iPad, Apple Watch, Mac, and Apple TV, are represented in these awards for apps. The greatest iPhone app of 2022 was the social network BeReal, while the top iPad app of the year was the note-taking software GoodNotes 5.

The top iPhone and iPad games were Moncage from X.D. Network Inc. and Apex Legends Mobile from Electronic Arts. Other winners in the gaming category include “Wylde Flowers” from Studio Drydock for Apple Arcade, “Inscryption” from Devolver for Mac, and “El Hijo” from HandyGames for Apple TV. The League of Legends Esports Manager from Shenzhen Tencent Tianyou Technology took home the China app of the year award.

BeReal was a surprising sensation on social media this year, inspiring imitators like TikTok and Instagram. The app was first released by the French firm in 2020. However, its format of receiving a notification at odd hours of the day and prompting users to upload a front-and-back camera combined photo within two minutes became well-liked this year. In sharp contrast to the top applications of the previous two years, “WakeOut!” and “Toca Life World,” this year’s best crown app was a social app (a workout app). BeReal is an app that offers “an authentic look into the lives of their family and friends,” according to Apple’s blog post the awards.

CEO Tim Cook stated in a statement that “This year’s App Store Award winners reimagined our experiences with apps that delivered fresh, thoughtful, and genuine perspectives,” “From self-taught solo creators to international teams spanning the globe, these entrepreneurs are making a meaningful impact, and represent the ways in which apps and games influence our communities and lives.”

Apple’s “Apps that brought us together” bonus category from the previous year was available. In order to recognise such apps that “had a lasting impact on people’s lives and shaped culture,” it has included a “Cultural Impact” section this year. A few of the apps on the list are How We Feel Project’s How We Feel app for recording daily emotion-based check-ins, Rise-Home Stories Project’s Home Stories Project to highlight stories of systemic housing injustices and their impact on people of colour, Locket Labs’ Locket Widget to enable live photo sharing between friends and family through a home screen widget, Vitalii Mogylevets’ hydration tracking app Waterllama, and ARTE Experience’s.

In 2022, the App Store faced difficult revenue and regulatory conflicts. In countries like South Korea and the Netherlands, it was necessary to permit developers to use third-party platforms for in-app purchases (just for dating apps). The U.S. and the EU are also considering strategies to limit monopolies in app distribution among several app shops. These laws may compel Apple to relax some of its restrictions on how apps can be distributed and paid for through the App Store.

In March, Apple approved the usage of external links in “reader applications,” or programmes that enable users access to digital media such as music, books, and videos. The business loosened some of its restrictions on binary content in apps, HTML5, lottery apps, and donation-related apps in June. It began to restrict NFT capabilities in apps in October, preventing developers from utilising digital collectibles to open up new features. Additionally, any NFTs purchasing system was required to use Apple’s in-app purchase feature and pay a commission to the business. Additionally, it revised its policies to make clear that a portion will be taken from payments made for app-based social media post boosts.

Industry statistics show that the worldwide economic downturn caused a 5% decline in net revenue for the App Store. Additionally, Apple was obliged to increase pricing on the App Store in numerous Asian and European nations due to fluctuating currency exchange rates vs the dollar. In addition to all of this, Elon Musk, the new owner of Twitter, has gotten into a dispute with the tech giant by asserting that Apple “threatened to withhold Twitter from App Store.”

Apple also published a list of the top apps and games for the year, both free and premium. The top apps in the US are shown below: