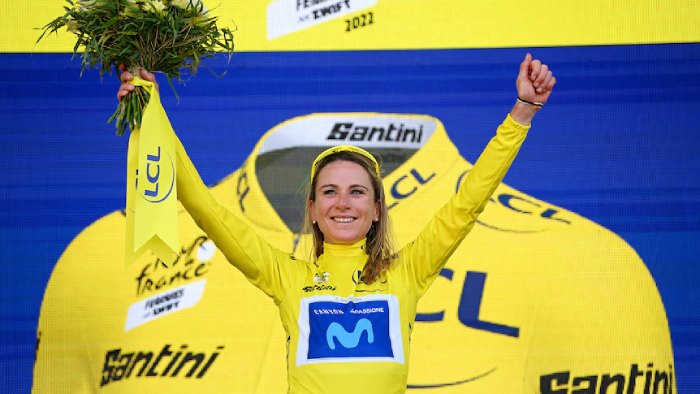 The top-ranked athlete in the world, Van Vleuten, won stages seven and eight.

According to cycling news outlets VeloNews and Cycling Weekly, her victory was achieved despite having a stomach sickness at the beginning of the Tour and battling with no less than five bike adjustments during the decisive stage on Sunday.

Marianne Vos of Team Jumbo-Visma, who won two stages and led for the most of the Tour, finally took home the green jersey for topping the sprinters’ competition or overall points classification.

Shirin van Anrooij of Trek-Segafred was named the top young rider and will wear the white jersey in the Queen of the Mountains competition in 2022, while Vollering of Team SD Worx won the polka-dot jersey.

The overall winning team was Canyon-SRAM Racing, who outperformed FDJ-Suez-Futuroscope and Trek-Segafredo.