Thursday, 2 February 2023
You are here: Home Android 13 will get a new “uninterrupted listening” feature from Google 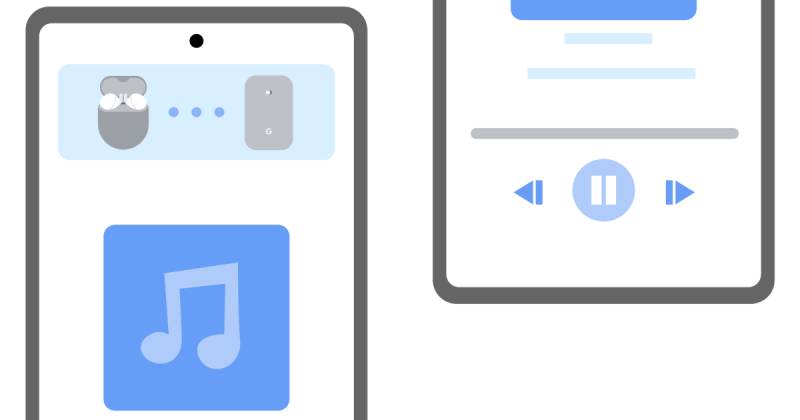 In Android 13, Google is introducing new features that should make it simpler for users to switch between audio devices while listening to music. Media notifications will ask users if they want to switch to a different listening device based on their proximity, which will be announced at CES 2023. This will let you seamlessly switch between your phone, speakers, headphones, TV, car, and other listening devices.

The cross-device software development kit (SDK), which Google released last year, is utilized in this feature. The technology makes use of Bluetooth Low Energy, Wi-Fi, and ultra-wideband to determine which audio devices are physically in close proximity to the user. It then determines which device the user may want to use based on their current activity, such as switching audio playback from a Bluetooth speaker back to your phone when you answer a call.

There are some similarities between the “uninterrupted listening” feature and how Apple products automatically switch between different audio inputs. Sandeep Chivukula, Android’s director of product management, stated in a blog post that Google is working on the notifications feature with YouTube Music and Spotify. The cross-device SDK now includes Fast Pair, Nearby Share, and Chromecast, making it easier to use multiple devices.

Additionally, Spotify and Google are collaborating to include Spotify Connect support in the media switcher of Android 13. Users will be able to more easily switch between using speakers, televisions, and other devices that are compatible with Spotify Connect and playing music on an Android smartphone or tablet. The two new listening features are anticipated to arrive sometime “this year,” but Google has not specified a release date.