Thursday, 18 August 2022
You are here: Home Amy Schneider is the first woman to win over a $1 million on ‘Jeopardy!’ 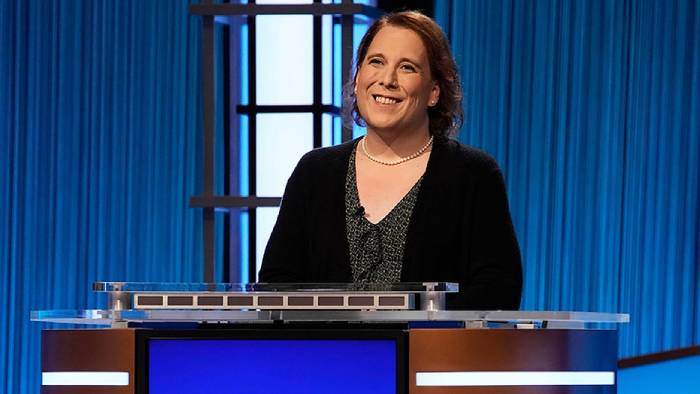 On Friday’s episode, Amy Schneider, an engineering manager from Oakland, California, became the first woman and fourth person on “Jeopardy!” to win more than $1 million.

Schneider said in a statement, “It feels amazing, it feels strange.” “It’s not a sum of money I ever anticipated would be associated with my name.”

When asked how it felt to be a “Jeopardy!” millionaire by Jennings, who is co-hosting the programme for the rest of the season, she simply replied, “very good.”

Schneider made history last year when she qualified for the Tournament of Champions as the first transgender contestant. She explained why she wore a trans flag pin on the show on Twitter in November.

“The fact is, I don’t actually think about being trans all that often, and so when appearing on national television, I wanted to represent that part of my identity accurately: as important, but also relatively minor.” “But I also didn’t want it to seem as if it was some kind of shameful secret. While it’s gratifying to know that people didn’t necessarily know I was trans until they read about it, I do want people to know that aspect of me. I think being trans is really cool!”