Monday, 28 November 2022
You are here: Home Amazon increases seller fees by 5% due to a ‘fuel and inflation surcharge’ 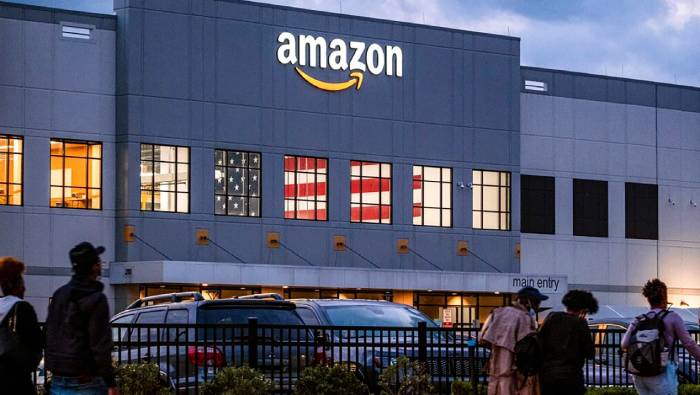 Amazon announced on Wednesday that it will add a 5% “fuel and inflation surcharge” to fees it charges third-party merchants that use the e-commerce giant’s fulfilment services to counteract rising costs.

The new levies, which go into effect on April 28, are “subject to change” and will apply to both apparel and non-apparel purchases, according to the Seattle-based company’s website.

The most recent fee increase follows one announced in November and implemented in January. A request for more information on Amazon’s recent shift was not immediately returned. However, the company stated in a note sent to sellers on Wednesday that its costs had increased since the start of the COVID-19 outbreak due to increases in hourly rates, the hire of additional staff, and the construction of more warehouses.

It said that it had absorbed costs whenever possible and only raised fees to cover fixed costs and remain competitive with other providers. Fuel costs are charged by Amazon competitors FedEx and UPS.

“In 2022, we expected a return to normalcy as COVID-19 restrictions around the world eased, but fuel and inflation have presented further challenges,” the company said in the notice.

Inflation rose 8.5 percent in March, the fastest rate in more than 40 years, according to federal figures released Tuesday. In the last year, gasoline costs have risen by 48 percent.

Despite the fact that Amazon is blaming the extra on inflation and rising gasoline costs, Stacy Mitchell, co-director of the anti-monopoly group Institute for Local Self-Reliance, criticised the statement on Wednesday, claiming Amazon was taking advantage of the situation.

“Amazon keeps increasing its fees on the sellers that have to depend on its platform,” Mitchell said, adding that the additional fees are a method for Amazon to “to take more money out of the pockets of independent businesses and put it into Amazon’s coffers.”

Amazon’s third-party marketplace, where independent merchants list millions of their products, accounts for a significant portion of its revenue. It has around 2 million sellers, and these sellers account for more than half of the items sold on Amazon.com.

Sellers paid Amazon $103 billion in fees last year, accounting for nearly 22% of the company’s income. The increased fees will apply to anything ordered before April 28 but shipped and delivered after that date, according to the online store. On April 28, Amazon is anticipated to announce its profits report for the first three months of the year.

Amazon has long been accused of undercutting retailers on its platform by creating “knock-offs,” or products that are remarkably identical, and promoting them on the site.