Monday, 8 August 2022
You are here: Home According to WHO and UNICEF data, 25 million children did not receive life-saving vaccines in 2021 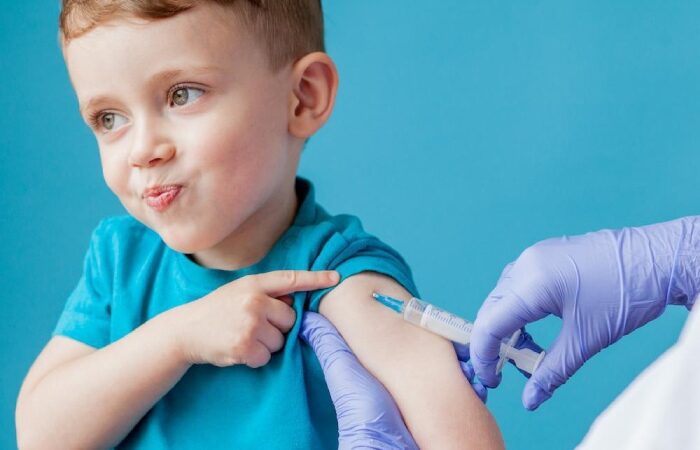 25 million children missed out on potentially life-saving vaccines in 2021, according to data released on Thursday by the World Health Organization and UNICEF. Vaccine coverage also continues to fall globally.

The groups stated in a news release that “The largest sustained decline in childhood vaccinations in approximately 30 years has been recorded.”

The percentage of kids who had three doses of DTP3, the vaccine against diphtheria, tetanus, and pertussis, decreased by 5 points between 2019 and 2021. The coverage was reduced to 81 %.

According to WHO and UNICEF, DTP3 coverage is used as a standard for broader vaccination coverage.

“As a result, 25 million children missed out on one or more doses of DTP through routine immunisation services in 2021 alone. This is 2 million more than those who missed out in 2020 and 6 million more than in 2019, highlighting the growing number of children at risk from devastating but preventable diseases ” they claimed. Of these children, 18 million, the bulk of whom resided in low- and middle-income nations, did not receive even one dose of the vaccine.

Other declines included measles, where first-dose coverage fell to 81 percent in 2021, and HPV, where more than a quarter of the coverage achieved in 2019 was lost. In 2021, 24.7 million children will have missed their first dosage, according to WHO, noting that this is the lowest number since 2008.

There was a decrease in vaccine coverage across all regions, with East Asia and the Pacific seeing the biggest loss in DTP3 coverage. However, other nations, like Pakistan and Uganda, were able to halt decreases.

The declines were caused by a number of variables, including an increase in the number of kids living in unstable environments like war zones and weak communities, an increase in misinformation, and problems with the COVID-19 virus.

“This is a red alert for child health. We are witnessing the largest sustained drop in childhood immunisation in a generation. The consequences will be measured in lives ,” Catherine Russell, the executive director of UNICEF, remarked. “While a pandemic hangover was expected last year as a result of COVID-19 disruptions and lockdowns, what we are seeing now is a continued decline. COVID-19 is not an excuse. We need immunization catch-ups for the missing millions or we will inevitably witness more outbreaks, more sick children and greater pressure on already strained health systems.”

According to WHO Director-General Tedros Adhanom Ghebreyesus “Planning and tackling COVID-19 should also go hand-in-hand with vaccinating for killer diseases like measles, pneumonia and diarrhea. It’s not a question of either/or, it’s possible to do both .”

The global Vaccination Agenda 2030 asks governments and other organisations to assist in addressing the backslide in vaccination, including intensifying efforts for catch-up vaccination, implementing evidence-based, people-centered, tailored strategies to build trust, and giving priority to strengthening health information and disease surveillance systems to provide the data and monitoring needed.