Wednesday, 8 February 2023
You are here: Home According to reports, Apple is planning an event for iPhone and Apple Watch on September 7th 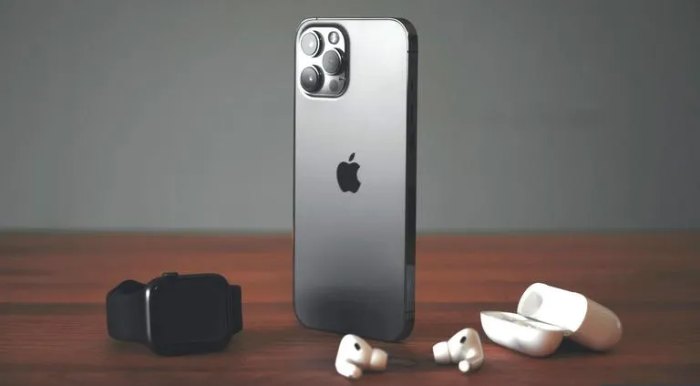 Death, taxes, and new iPhones in September are the only three things that are certain in life. According to report, this year’s iPhone event will take place on September 7th.

Report says that the 5.4-inch small display size that Apple has marketed for the past two generations will be eliminated from the non-pro iPhone 14 lineup. Instead, a large-screen 6.7-inch version will join the existing 6.1-inch model, mirroring the display size of the current iPhone Pro Max model. But these phones will also maintain the use of the existing Apple A15 Bionic CPU and share the iPhone 13’s external design.

According to reports, the iPhone 14 Pro will feature a more eye-catching design by ditching the present camera notch in favour of two pinhole cuts for the front-facing camera and FaceID scanner. Many Android phones have already made the same screen-saving conversion to comparable pinhole cutouts. A speedier CPU and an even bigger three-lens camera assembly, centred by a 48-megapixel wide-angle sensor and 12-megapixel ultra-wide and telephoto cameras, are also expected to be included to the Pro phones.

It’s also reported that Apple will release new Apple Watch models. In addition to a long-said larger, more “rugged” titanium model with better battery life and other fitness tracking functions, the Series 8 watches are rumoured to have a regular model that resembles the current Series 7 watches.

The basic Apple Watch SE is also rumoured to get a faster processor; the SE now utilises an Apple S5, but a future, as-yet-unannounced SE might employ an S6, S7, or another newer chip. The long-lived Apple Watch Series 3, which the firm still sells despite not receiving the watchOS 9 update this fall, will hopefully come to an end with the release of this new SE model.

According to report, Apple Store employees have been commanded to get ready for a September 16th launch. If the new iPhones and watches are announced on September 7th, at least some new devices will likely become available for purchase toward the middle of the month, roughly coinciding with the release of iOS 16.

In addition to its September event, Apple frequently has a Mac and iPad-focused event in October. At that time, you would anticipate improvements to those products as well as the release of macOS Ventura and the rumoured delayed iPadOS 16. Before the year is up, according to report, you’ll finally get a USB-C version of the entry-level iPad, new M2-based iPad Pros, and upgraded Mac mini and MacBook Pro versions.