Wednesday, 7 December 2022
You are here: Home According to a study, taking vitamin D and fish oil supplements can help avoid autoimmune disease 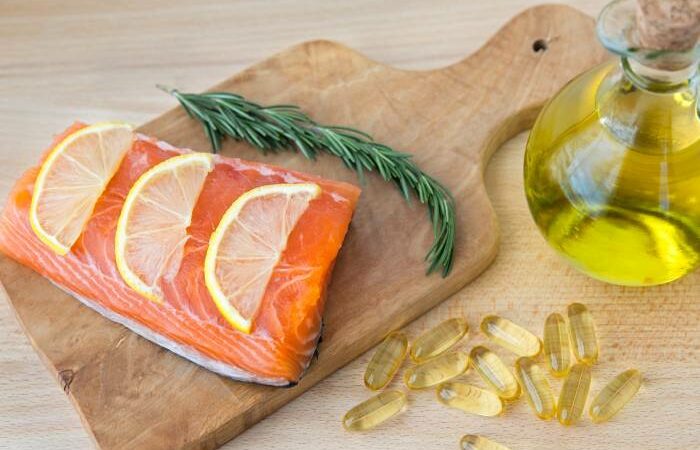 A new study found that taking vitamin D and fish oil supplements on a daily basis can help protect older adults from developing autoimmune disorders like rheumatoid arthritis, psoriasis, thyroid diseases, and polymyalgia rheumatica, an inflammatory disease that causes muscle pain and stiffness in the shoulders and hips.

Dr. Karen Costenbader, a professor of medicine at Harvard Medical School in the division of rheumatology, inflammation, and immunity and the director of the lupus programme at Brigham and Women’s Hospital in Boston, said that people over 50 who took 2,000 IU (International Units) of vitamin D3 for over five years had a 22 percent lower relative rate of confirmed autoimmune diagnoses.

According to the study, which was published Wednesday in the journal BMJ, the prevention rate of autoimmune illnesses jumped to 39 percent after participants had been taking vitamin D for at least two years.

The study also discovered a possible link between ingesting 1,000 milligrammes of omega-3 fatty acid (fish oil) and a lower risk of autoimmune illnesses, but the link was not statistically significant until possible cases of autoimmune disease were included in the analysis, not only confirmed cases.

People should not just go out and start popping vitamin D pills to increase their chances of avoiding autoimmune illness, according to Costenbader, because taking too much of the supplement can have serious consequences.

Vitamin D, unlike water-soluble vitamins that the body can quickly discard, is stored in fat cells and can accumulate to hazardous levels, causing bone pain and kidney damage.

Because the body produces vitamin D when exposed to sunlight, and milk and other foods like cereals are frequently fortified with vitamin D, many experts believe that healthy, younger people do not require vitamin D supplements, especially in levels exceeding the recommended level of 600 IU/day.

Although levels do drop as people become older, Costenbader advises that “I would say everybody should talk to their doctor first before taking 2000 international units of vitamin D on top of whatever else you’re taking.” “And there are certain health problems such as kidney stones and hyperparathyroidism (a rise in calcium levels), where you really shouldn’t be taking extra vitamin D.”

The body fights against itself

Costenbader’s research looked at 25,871 men and women aged 50 and up who were taking part in VITAL, a randomised, double-blind, placebo-controlled trial to see if taking daily dietary supplements of vitamin D3 (2000 IU) or omega-3 fatty acids (1,000 mg of Omacor fish oil) could lower the risk of cancer, heart disease, and stroke in people who had no prior history of these diseases.

The increased supplementation had no effect on avoiding cardiovascular disease or cancer in that study.

Because previous studies have shown that both vitamin D and omega-3 fatty acids derived from seafood can help with inflammation and immunology in autoimmune disorders, Costenbader decided to use the same study to see if the supplements could help prevent the diseases.

Autoimmune illness develops when the body’s natural defence mechanism incorrectly perceives normal cells as invaders and begins to destroy them. The immune system targets the lining of joints in rheumatoid arthritis, causing inflammation, swelling, and discomfort. Overactive T-cells, which are among the body’s finest defenders, induce inflammation in psoriasis, which results in raised, scaly patches on the skin.

In Type 1 diabetes, the body’s defences attack the pancreas’ insulin-producing cells. There’s even some evidence that inflammation throughout the body has a role in Type 2 diabetes progression.

Autoimmune illnesses can strike at any age, although they are more common in older persons, particularly women, according to Costenbader.

To yet, no big randomised clinical trials (the gold standard of research) have looked into whether fish oil and vitamin D could actually prevent autoimmune illnesses from developing.

“This is the first direct evidence in older adults that taking vitamin D or omega-3 fatty acids — or a combination — for five years reduces autoimmune disease incidence, with more pronounced effect after two years of supplementation,” Costenbader said.

The researchers couldn’t figure out which of the 80 or so autoimmune disorders could benefit the most from vitamin D and fish oil pills five years in, but Costenbader noted the research is still ongoing. She stated that the study is currently in its eighth year. More information should be made available in the future.