Monday, 8 August 2022
You are here: Home According to a study, smoking and vaping increase the chance dying from COVID 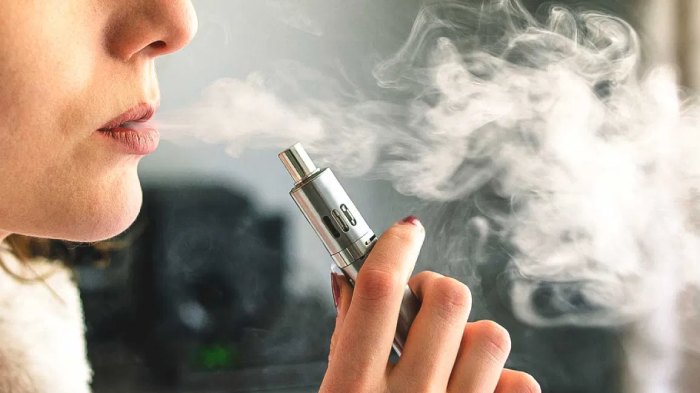 According to a recent study, smokers and vapers are more likely to develop a severe form of COVID-19 or pass away from the condition.

Compared to non-smokers, people who admitted to using tobacco products before being admitted to the hospital had a 39 % higher chance of being placed on mechanical ventilation.

They also had a 45% higher risk of passing away.

There is no data on the relationship between smoking and COVID-19 severity, despite the fact that it is well recognised that smoking and vaping harms the lungs and suppresses the immune system, making people more susceptible to COVID-19 and less likely to fight off the illness.

According to a professor of medicine, “Like everybody else, we were very worried about COVID and trying to understand what are the important risk factors that predispose people for more severe outcomes.” “And we were concerned about if tobacco use may be affecting COVID severity, as well as outcomes.”

Added he, “There’s been a lot of work, a lot of observational work that’s been done in the area with claims and counterclaims. Some people say smoking’s bad, some people say not so bad. So we thought that we really did need a large, comprehensive study to address the issue.”

The team examined data from the American Heart Association COVID-19 Cardiovascular Disease registry, which included more than 4,000 adults over the age of 18 who were hospitalised with COVID-19 between January 2020 and March 2021, for the study, which was published in the scholarly journal PLOS One.

If a person reported currently using conventional cigarettes or e-cigarettes, they were considered smokers. The study did not, however, examine whether there was a difference in risk level between vapers and smokers.

No matter the patients’ age, sex, race/ethnicity, or medical history, researchers from the AHA Tobacco Regulation Center and the University of Louisville in Kentucky discovered smoking and vaping were connected to higher COVID-19 deaths and hospitalizations.

The risk estimates, according to experts, were “higher than we thought it would be” and a little unexpected.

However, some subgroups were more likely than others to be at danger of dying from COVID-19.

Despite COVID’s predisposition to attack the elderly, smokers between the ages of 18 and 59 were more likely than those 60 and older to die from the disorders.

“That was a surprising finding and we thought about this part for a while, and it seems like maybe because the basal death rates in that age group were lower, so any risk factors are more likely to be pronounced than [in] people who are over 60 years old,” he said.

Additionally, smoking was associated with an increased risk of death in people who already had underlying illnesses such obesity, diabetes, hypertension, chronic renal disease, and those taking anticoagulants prior to hospitalisation.

According to the research team, some of the study’s shortcomings include the participants’ limited smoking histories and the lack of data on the patients’ daily or cumulative usage of tobacco products.

Experts stated that he is interested in further research on the effects of smoking on vaccine results, if smoking increases the risk of infection, the distinction between current and former smokers, and the same topics among a wider vaping population.

“The obvious message is that if you’re a smoker you do have a higher risk, [then] the general advice is always quit smoking altogether,” he said. “But the more important part … is with physicians and admitting hospitals, it is important to take medical history [into account] because maybe smokers are more likely to turn onto severe disease and may need more aggressive medical care because they are more likely to turn onto ventilators.”