Wednesday, 1 February 2023
You are here: Home A new NASA spacecraft may be able to survive a perilous descent to Venus 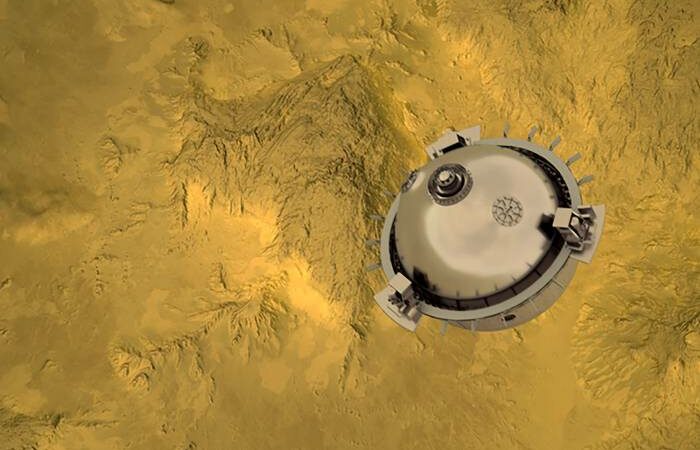 In the year 2029, NASA will launch a mission to fly by Venus and descend through its hostile atmosphere. The Deep Atmosphere Venus Investigation of Noble Gases, Chemistry, and Imaging mission, or DAVINCI, will be the first to explore Venus via flybys and descent.

By June 2031, the spacecraft should have explored Venus’s stratified atmosphere and reached the earth’s climate. Scientists have been keen to measure Venus since the early 1980s, and the DAVINCI mission will be able to acquire data on the planet.

Pioneer in 1978 and Magellan in the early 1990s were the only NASA missions to visit the second planet from our sun.

The DAVINCI spacecraft will act as a flying chemistry lab, measuring various aspects of Venus’ atmosphere and environment as well as taking the first descent photographs of the planet’s highlands. The instruments on board the mission will also be able to scan Venus’ surface and detect the composition of the planet’s mountainous highlands.

According to NASA scientists, these features, known as “tesserae,” may be analogous to continents on Earth, implying that Venus has plate tectonics.

In a statement, Jim Garvin, DAVINCI principal investigator from NASA’s Goddard Space Flight Center in Greenbelt, Maryland, said, “This ensemble of chemistry, environmental, and descent imaging data will paint a picture of the layered Venus atmosphere and how it interacts with the surface in the mountains of Alpha Regio, which is twice the size of Texas.”

“These measurements will allow us to evaluate historical aspects of the atmosphere as well as detect special rock types at the surface such as granites while also looking for tell-tale landscape features that could tell us about erosion or other formational processes,” says the researcher.

By detecting gases and water components in the lowest part of Venus’ atmosphere, the programme would also look at the likelihood of an ocean in the past. Venus may have been the first habitable planet in our solar system, with an ocean and climate comparable to Earth’s, but something changed it to a planet with temperatures high enough to melt lead.

According to a 2019 study, Venus likely had steady temperatures and liquid water for billions of years before an event prompted profound changes on the planet. Michael Way, a physical scientist at NASA’s Goddard Institute for Space Science in New York City, also coauthored a 2016 paper on Venus’s former climate and oceans.

DAVINCI will employ two instruments to analyse the clouds and map the highlands from orbit as it flies past Venus multiple times. It will then release a descent probe that will carry five instruments all the way to the surface.

The drop will take about an hour, and the probe will be protected by a thermal shield until it reaches a height of 42 miles (67 kilometres). The shield will then be discarded in order to sample and evaluate air gases. Once it clears Venus’ clouds 100,000 feet (30,500 metres) above the surface, the descending probe will take hundreds of photos.

“The probe will touch-down in the Alpha Regio mountains but is not required to operate once it lands, as all of the required science data will be taken before reaching the surface,” said Stephanie Getty, Goddard’s deputy principle investigator. “If we survive the touchdown at about 25 miles per hour (11 meters/second), we could have up to 17-18 minutes of operations on the surface under ideal conditions.”