Saturday, 4 February 2023
You are here: Home A new, functional 2600 cartridge is released by Atari to celebrate its 50th anniversary 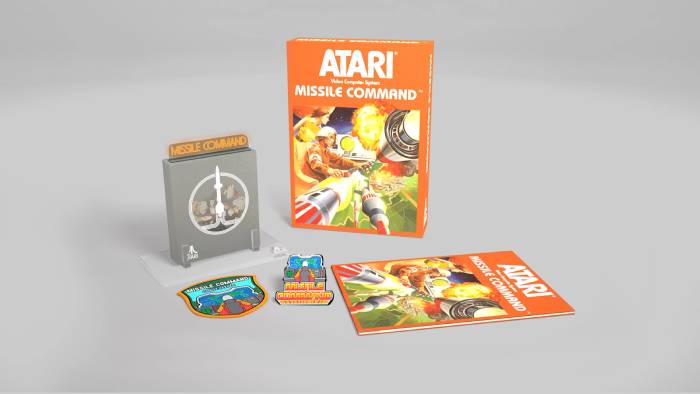 A new line of Atari XP game cartridges are being released as part of Atari’s 50th anniversary celebration. Fans will be able to purchase Missile Command and Adventure cartridges, both of which are compatible with the classic Atari 2600 system.

The XP initiative from gaming legend Atari is a relatively recent product line. It enables fans to purchase limited edition copies of vintage games that are displayed as functional 2600 cartridges with vintage packaging. The cartridges for Yars’ Revenge, Saboteur, and Aquaventure have already been made available by Atari.

The most recent and arguably significant additions to the line are Missile Command and Adventure. These two classic Atari 2600 games had a major impact on the video game industry. The cost of each game’s Atari XP cartridge, which will be sold separately, is $100.

Both games come with physical accessories like a complete booklet, an enamel pin, and a patch, as well as vivid orange packaging. If you still have an original Atari 2600 console hanging around, you can play both of them. The cartridges have an acrylic logo that lights up when the games are being played, just like other Atari XP games do.

In terms of the XP series, that is just the start of Atari’s anniversary plans. Within the following six months, the business intends to release 10 games. The identities of the other eight are still a mystery.

The company’s wider game preservation initiatives include Atari XP. In an earlier interview with Trends, the business emphasised that, rather than simply copying ancient games to contemporary platforms, a big part of its attention was on retaining the physical experience of classic Atari games. The business is also celebrating its birthday with Atari Mania, a collection of WarioWare-inspired minigames.

The deadline for pre-orders for both Missile Command and Adventure is July 31.