Wednesday, 1 February 2023
You are here: Home 4 Reasons why ginger tea is beneficial to both the body and the mind 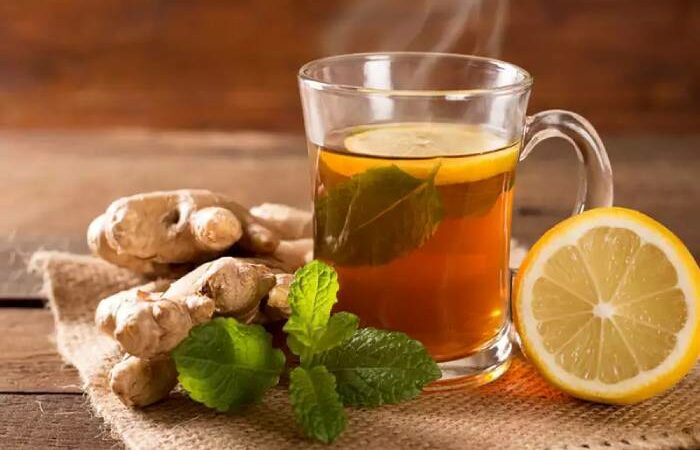 Ginger is the most widely used spice in the world, and many people swear by its medicinal powers, particularly during flu season. Many people use ginger as an alternative medication to prevent colds and other diseases, as well as to enhance immunity, due to its high vitamin C content. This nutritious spice is also utilised in traditional medicines in a variety of forms, including as a tea. To create your own Adrak Ki Chai, peel the root and boil it in water or milk. Because of the antioxidants in ginger tea, it may offer health benefits for both the body and the mind.

Ginger contains anti-inflammatory effects and may aid digestion and the release of blood-pressure-regulating hormones, making you feel less nauseous and relaxed. Drink a cup of ginger tea before travelling to help avoid motion sickness-related nausea and vomiting. It also helps with meal absorption, minimising bloating from overeating.

This multi-functional home remedy beverage can help with memory and cognitive function. The antioxidant properties of ginger may contribute to its cognitive boosting benefits. Ginger helps to protect the brain from free radical damage. Ginger boosts serotonin and dopamine levels in the brain. Several studies have also indicated that consuming ginger as a supplement can help prevent cognitive diseases such as Alzheimer’s disease and even improve the brain function of elderly persons.

3. It can help you lose weight-

Ginger water, consumed first thing in the morning, can aid digestion and metabolism. Ginger contains the chemicals gingerols and shogaols. These substances activate various biological actions in your body when you drink ginger tea. It has the capacity to boost metabolism and encourage the body to burn calories more efficiently. In order for this to happen, ginger tea should be drank as part of a healthy and balanced diet.

Ginger is one of the most common herbs in Indian households. It has been used to treat menstruation pain for many years. Ginger contains gingerol, a compound that soothes cramps and boosts energy levels. The natural heat of this beverage relaxes the strained muscles of the uterus. Ginger tea provides benefits such as freshness, bloating, weariness, and cramp relief.

Ginger tea is a delicious drink that may be enjoyed at any time of day. It’s an excellent morning pick-me-up, but it may also aid digestion after a meal. It’s generally safe to drink and can be flavoured with a number of beverages.