Monday, 28 November 2022
You are here: Home World Zoonoses Day 2022: Here’s All You Need to Know About Infectious Disease 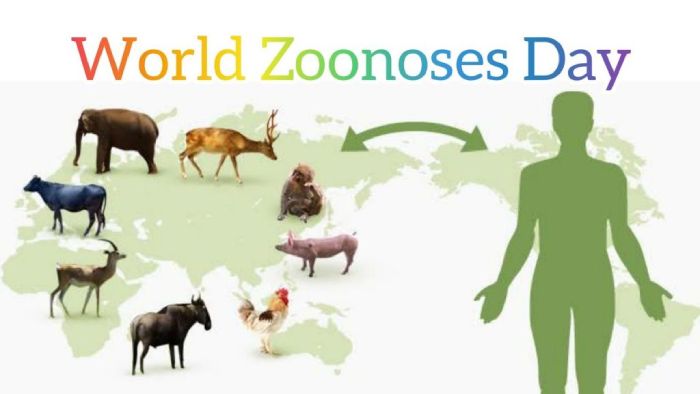 World Zoonoses Day is celebrated annually on July 6. This day honours the contributions made by French biologist Louis Pasteur. On July 6th, 1885, he successfully delivered the first vaccination against the zoonotic disease rabies. The World Zoonoses Day celebration offers the chance to raise awareness of numerous zoonotic illnesses and effective preventative measures.

The theme of this year’s World Zoonoses Day is “Let’s Break the Chain of Zoonotic Transmission,” which is essential if we are to avoid the COVID-19 pandemic, which has already caused too much suffering. Let’s break the cycle and spread the word.

What is a Zoonotic Disease?

Zoonotic diseases are conditions that can spread from an animal or bug to a human. Some illnesses may not harm the animal, but they can make people sick. The illnesses may manifest as small, transient illnesses or as serious, irreversible disorders. According to reports, 60 % infections have an animal or insect as their primary source.

Zoonotic diseases are those that can spread from an animal or bug to a human being and are brought on by viruses, bacteria, fungi, or parasites. To date, a sizable number of zoonotic illnesses have had an impact on people. The COVID-19 epidemic might be the most recent illustration. According to the information that is now known and recognised, the pandemic is caused by a virus that is thought to originate from bats.

The Importance of Understanding Zoonotic Diseases

Animal and bird flu, bird flu, bovine tuberculosis, dengue fever, Ebola, and other zoonotic illnesses have had a major impact on people. By raising awareness of their causes and the effects they have on the human body, the majority of these may be avoided. Zoonotic illnesses can cause a person’s death in addition to making them sick. Awareness has the potential to save numerous lives.

How Can Zoonotic Diseases Be Prevented?