Friday, 28 January 2022
You are here: Home With the Motorola Razr 3, Motorola has gone ‘full flagship mode’ 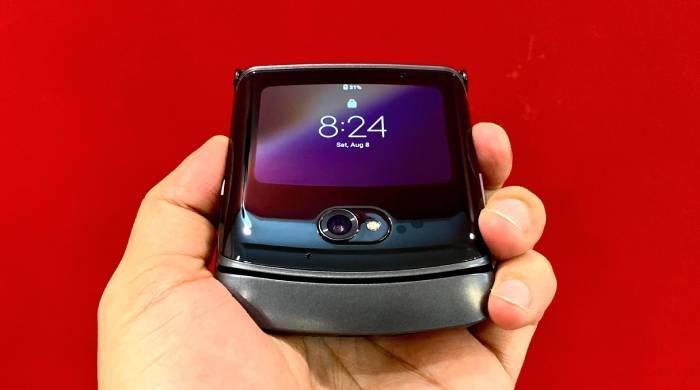 One of the first foldable phones to hit the market was the Motorola Razr, which was released in 2019. It was unusual in that it was designed in a creative and innovative manner. It also evoked a lot of nostalgia (the positive kind) in a lot of folks. But, at the same time, it had a number of flaws, especially given its price, thus it remained a niche product.

Later, in 2020, the Motorola Razr 5G was released, however it didn’t do much to improve on the concept, disappointing those who had hoped for more. Recently, there have been reports that Motorola, which is owned by Lenovo, is working on a successor, the Razr 3, and new leaks suggest that Motorola has big plans for it.

The information comes from individuals close to XDA-Developers, who believe that a Motorola Razr with the Snapdragon 8 Gen 1 and Android 12 could be on the way. If these forecasts come true, the first Razr with a flagship-level chipset will be released.

The Motorola Razr 3 is believed to include 6,8, or 12GB of RAM and 128, 256, or 512GB of internal storage to go with that powerhouse of a processor. According to reports, the notch will be replaced with a smaller one or a punch hole in the centre. Developer have also discovered indications that the display would be a full HD AMOLED with a 120Hz refresh rate.

Furthermore, the new Razr could include NFC, but much more intriguing is the possibility of a model with ultra-wideband capability (UWB). UWB support is a technology that allows phones to perform a variety of tasks, such as unlocking your car. The Pixel 6 Pro is an example of a phone that supports this technology.

With its foldable Razr phone, Motorola appears to be bringing its “A” game this time around. Perhaps this will be the one that puts the company on par with Samsung. The year 2022 is shaping up to be a watershed point in human history of foldable phones.