Saturday, 25 June 2022
You are here: Home What is Cumin? Amazing Health Benefits of Cumin 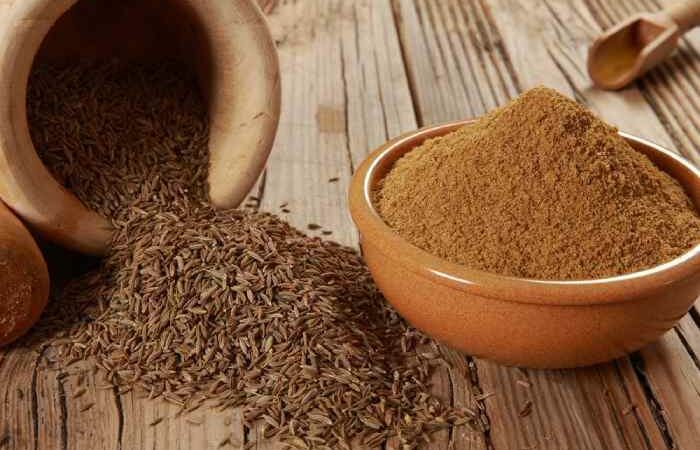 Cumin (Cuminum cyminum) is a spice made from the seeds of a tiny herbaceous plant related to parsley and fennel. Cumin (Cuminum cyminum L) is a low-growing leafy plant native to China, India, the Middle East, and the Mediterranean. Cumin has sparked medical interest, as anecdotal evidence suggests it has a numerous health benefits.

The majority of cumin’s purported health benefits are related to digestion, immunity, and circulation. Some of the benefits of cumin can be shown by clinical trials, while others are more difficult to substantiate.

Cumin seeds contain antioxidants in the form of naturally occurring compounds. This means that these compounds (known as apigenin and luteolin) prevent microscopic free radicals from attacking healthy cells from succeeding. Antioxidants make you feel better and give you more energy, as well as preventing your skin from looking old.

According to several research, cumin has the ability to prevent cancer cells from growing. One study found that rats fed cumin were less likely to develop colon cancer. Another study indicated that basil and cumin were the most potent anticarcinogen plants out of nine popular herbs and spices.

3. It could aid in the treatment of diarrhoea

Cumin has been advised for the treatment of diarrhoea by traditional medicine practitioners for ages. Cumin’s health benefits are beginning to be recognised in Western medicine.

Rats that were suffering from diarrhoea were given a cumin seed extract. The extract, according to the researchers, assisted in the treatment of their symptoms.

Cumin was tested as part of a diabetes herbal medicine trial. People with diabetes were able to successfully manage their disease because to the medicine.

5. Defends against bacteria and parasites

Cumin seed oil has been utilised as a larvicide and antiseptic in the past. Even bacteria that are resistant to other antiseptics are killed by the oil. Cumin, according to researchers, could help destroy harmful germs that are attempting to attack your immune system. This could explain why cumin has long been used as a food preservative.

6. It has anti-inflammatory properties

Cumin seeds have anti-inflammatory and antibacterial properties due to their active components. This means that if you have pain or inflammation that causes additional problems, including cumin in your diet may help.

Cumin essential oil was not shown to have anti-inflammatory effects on its own. In a laboratory research on rats, however, cumin seeds themselves reduced pain and inflammation.

7. It’s possible that this will aid in lowering cholesterol

A hypolipidemic is a drug that assists your body in regulating high levels of fats that are harmful to your heart and cholesterol levels. Cumin is thought to have anti-hyperlipidemic effects.

With one trial, a nutritional supplement of cumin powder combined in yoghurt helped lower cholesterol levels. Another group of persons with elevated cholesterol who consumed cumin saw positive outcomes.

Cumin has been studied in several group studies to see if it can help you lose weight. More study is required, although the findings of these investigations are encouraging. The weight and vital statistics of overweight women who were given cumin powder and ate a balanced diet improved. Another study found that a mixed group of overweight men and women saw weight loss that was comparable to taking a popular diet drug.

Cumin extract has been studied for treating irritable bowel syndrome symptoms such as cramps, intestinal spasms, nausea, and bloating (IBS). In one study, cumin extract was able to cure these symptoms for as long as individuals consumed it. Cumin is so effective that experts believe it could be a good substitute for people who can’t afford expensive prescription medicines to treat IBS.