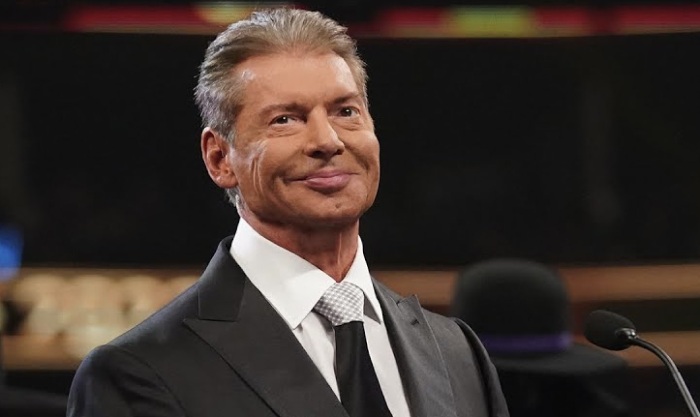 The most important person in professional wrestling history is transferring power.

The chairman and CEO of World Wrestling Entertainment, Vince McMahon, announced his retirement on Friday. The 76-year-old McMahon also revealed that his daughter Stephanie and the current WWE president Nick Khan will serve as co-CEOs in a press release from the company. According to a McMahon statement, Stephanie McMahon, who has been serving as interim CEO, will also take over as chairperson.

Following a Wall Street Journal report that disclosed a WWE board probe into a covert $3 million settlement McMahon had provided to a former WWE paralegal, McMahon had already resigned from his role as chairman and CEO. However, McMahon continued to lead WWE creative at the time, and sources informed ESPN that McMahon’s resignation was made purely for show.

On July 8, The Wall Street Journal published a second article about purported McMahon irregularities. According to the publication, the board was looking into a $12 million payment made to four former WWE workers or contractors to settle sexual misconduct claims against McMahon.

The $12 million included an alleged $7.5 million payment to a former female WWE wrestler who claimed McMahon forced her to participate in oral sex, demoted her, and then refused to renew her contract in 2005 after she refused to engage in additional sexual relations with him.

Since acquiring WWE from his father in the 1980s, McMahon has been a staple in the world of professional wrestling. His retirement, though, marks a significant change. WWE was developed by McMahon into a multibillion dollar brand with global recognition and a promotion that outlasted its rivals over the years.

In a statement sent to WWE investors on Friday, McMahon said, “I am extremely confident in the continued success of WWE, and I leave our company in the capable hands of an extraordinary group of Superstars, employees, and executives — in particular, both Chairwoman and Co-CEO Stephanie McMahon and Co-CEO Nick Khan. “As the majority shareholder, I will continue to support WWE in any way I can. My personal thanks to our community and business partners, shareholders, and Board of Directors for their guidance and support through the years.”

Paul “Triple H” Levesque, Stephanie’s husband and McMahon’s son-in-law, was also announced by WWE on Friday as returning to the organisation as head of talent relations. However, it was not immediately obvious if this had anything to do with McMahon’s retirement.

A complex legacy that is replete with scandals, including allegations that McMahon gave his wrestlers drugs, was left behind by the American government in 1994. McMahon was found not guilty by a jury.

McMahon, who spent years working in front of the camera as a play-by-play commentator, rose to prominence as a key on-screen figure in the late 1990s, one of the most popular eras for WWE. One of the most enduring storylines in WWE history was Mr. McMahon, the villainous boss persona, and “Stone Cold” Steve Austin, the anti-hero from the working class. The competing promotion that WWE subsequently acquired, WCW, was overtaken by WWE thanks to the fight.

In 1999, WWE became a publicly traded company. Since the 1990s, its main two television programmes, Raw and SmackDown, have consistently been among the most popular cable programmes.