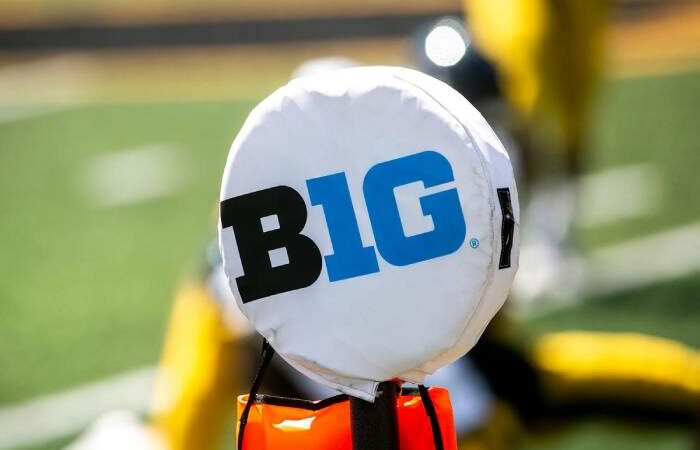 Two of the Pac-12’s top programmes, USC and UCLA, received word Thursday night that their Big Ten membership application had been approved.

In 2024, the schools will start competing in the conference.

The vote was unanimous when conference presidents and chancellors convened on Thursday night to discuss the inclusion of the two schools, according to a statement from the Big Ten.

Kevin Warren, commissioner of the Big Ten Conference, said that the unanimous vote today “The unanimous vote today signifies the deep respect and welcoming culture our entire conference has for the University of Southern California, under the leadership of President Carol Folt, and the University of California, Los Angeles, under the leadership of Chancellor Gene Block.”

Martin Jarmond, the director of athletics at UCLA, texted ESPN the following: “College athletics is changing, and UCLA has always led in times of change. For the sake of our student-athletes, and for preserving the legacy of Bruin excellence, we cannot afford to stand still .”

“The best home for USC and Trojan athletics as we move into the new world of collegiate sports,” according to USC athletic director Mike Bohn, is the Big Ten.

Bohn stated in a statement, “We are excited that our values align with the league’s member institutions”. “We also will benefit from the stability and strength of the conference; the athletic caliber of Big Ten institutions; the increased visibility, exposure, and resources the conference will bring our student-athletes and programs; and the ability to expand engagement with our passionate alumni nationwide.”

The investigation into finances and what it would take to execute the transfer has been ongoing for weeks, a source told ESPN. Although money is a major factor in the decision, other factors, such as competition, brand recognition, and the sport’s general future, have been more important.

According to a source familiar with the situation who spoke to ESPN, “USC and UCLA have to make the decisions to position them best for the long term.” “The future is so uncertain we need to be operating from a position of strength,” the speaker said.

Later on Thursday, the Pac-12 issued a statement in which it expressed its “extremely surprised and disappointed” at the departures of UCLA and USC.

Because USC and UCLA have a grant of rights linked to the existing Pac-12 broadcast contract, which expires after the 2023 football season and 2023–24 academic year, this change would be less disruptive than anticipated movements in the ACC. Because of this, it is anticipated that neither school will face a financial consequence if they join the league for the 2024–25 season.

Officials from the Pac-12 had been pressuring both Los Angeles schools to renew the grant of rights for years. They may have had higher aspirations if they hadn’t.

High-ranking university officials at one of the Pac-12 institutions told ESPN, “We just got Sooner’d and Horn’d,” in reference to Texas and Oklahoma’s decision to depart the Big 12 league for the SEC last year.

The SEC and Big Ten are expected to earn nearly twice as much as some of the other Power 5 leagues later this decade, according to conference revenue projections, which can vary and are not always linear, so the Pac-12 is experiencing similar financial pressures to those experienced by the ACC and other leagues. Due to these financial constraints, USC and UCLA had to decide between putting pressure on the Pac-12 for unfair income distribution and leaving the conference in order to secure a long-term seat at the table. The impact of the funding will enable them to maintain support for all sports, including women’s sports and non-revenue sports, in addition to remaining competitive nationally in football.

According to the source with knowledge of the decision, Texas and Oklahoma joining the SEC made it clear that those schools had just one choice.

It will be fascinating to see how this will impact Fox’s impending television agreement with the Big Ten, which is anticipated to be revealed in the coming weeks. The two new schools would draw students from the West Coast and one of the most desirable media markets in the nation.

Fox’s increased investment in UCLA and USC inventory in the Big Ten implies that investments in the Pac-12, of which Fox has long owned a portion, will be greatly reduced. This move is devastating for the future of the Pac-12. After losing the two largest brand names, this decision leaves the conference with Oregon and Washington as its top two institutions.

“I was always of the opinion that UCLA couldn’t leave Cal,” a Pac-12 source told ESPN. “There’s no more political state than that or system than that. That was very surprising.”