Monday, 28 November 2022
You are here: Home To compete with Elon Musk’s SpaceX, two European satellite companies have agreed to merge in a $3.4 billion deal 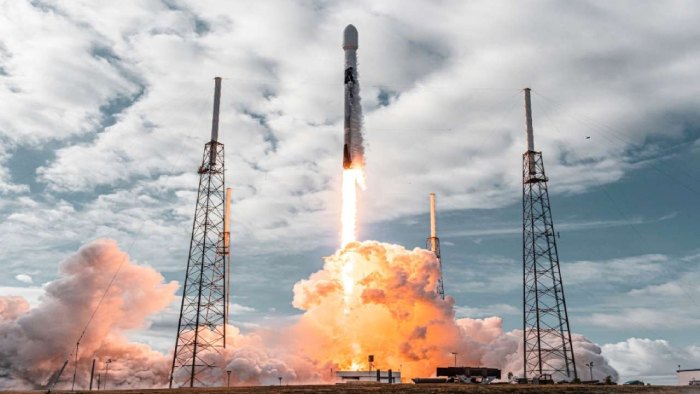 OneWeb, a British satellite operator, intends to collaborate with Eutelsat, a competitor in Europe, in an effort to compete with Elon Musk’s SpaceX.

A press release on Tuesday stated that as part of the all-stock merger, Eutelsat will issue 230 million new shares and exchange them for every last share of OneWeb.

OneWeb and Eutelsat shareholders will each own 50% of the combined company. OneWeb is now worth $3.4 billion thanks to the deal.

In the fiscal year 2022–2023, the combined company is anticipated to bring in about 1.2 billion euros ($1.22 billion) in sales, according to the companies.

Dominique D’Hinnin and Eva Berneke of Eutelsat will continue to serve as chairman and CEO of the combined company, respectively, and Sunil Bharti Mittal of OneWeb will take on the role of co-chairman.

The agreement, according to Eutelsat Chairman D’Hinnin, will enable both businesses to “seize the significant growth opportunity in connectivity.”

“This combination will accelerate the commercialisation of OneWeb’s fleet, while enhancing the attractiveness of Eutelsat’s growth profile,” he continued.

In order to bring broadband to remote locations with little access to the internet, OneWeb plans to launch 648 low-earth orbit satellites. Currently in orbit, it has 428 satellites, which will soon be joined by Eutelsat’s 36-satellite fleet in geostationary orbit.

OneWeb, which has long been positioned as a rival to Amazon’s Project Kuiper and SpaceX’s massive Starlink satellite internet project, has had trouble translating its high goals into a workable business plan.

With the aid of the British government, the company emerged from bankruptcy in 2020 after squandering billions of dollars in venture capital. The government contributed $500 million as a part of the firm’s bailout plan.

The firm was obliged to resort to SpaceX for assistance after Russian rocket flights were suspended as a result of Moscow’s invasion of Ukraine.

With CEO Neil Masterson describing it as “another bold step” in advancing the company’s objective, OneWeb is hopeful the alliance with Eutelsat would aid in turning around its financial situation.

According to Masterson, “This combination accelerates our mission to deliver connectivity that will change lives at scale and create a fast growing, well-funded company which will continue to create significant value for our shareholders.”

With shares of Eutelsat falling at their lowest level since late 2020 on Tuesday, investors didn’t seem to be impressed by the acquisition. OneWeb’s satellite constellation will be deployed first, according to Eutelsat, which announced it would temporarily halt its payout.

The agreement must pass a number of regulatory reviews, including a rigorous national security clearance procedure in the UK. It’s anticipated to be finished in the first half of 2023.

The UK government owns a “special share” that provides it voting rights on issues pertaining to national security, such as the network security requirements of OneWeb and the location of its headquarters. This share is not included in the deal.

At a politically risky time, London is reducing its grip over the former space venture. Following the departure of Prime Minister Boris Johnson, members of the ruling Conservative Party will elect the new leader of the United Kingdom.

After Brexit, the Tory base will undoubtedly want a prime minister who can protect Britain’s prized assets from foreign invasions, particularly those coming from the EU.

In light of Nvidia’s failed effort to acquire British chip designer Arm and the sale of semiconductor maker Newport Wafer Fab to a Chinese-owned company, the topic of foreign takeovers has been increasingly contentious.

In an unstable political environment, London is reducing its grip over the former space venture. After Prime Minister Boris Johnson’s departure, members of the ruling Conservative Party will choose the new leader of the United Kingdom.

The Tory faithful will undoubtedly desire a prime minister who can protect Britain’s prized assets from foreign invasions, particularly those coming from the EU, in the wake of Brexit.

The failed takeover effort by Nvidia of British chip manufacturer Arm and the sale of semiconductor maker Newport Wafer Fab to a Chinese-owned company have made the topic of foreign takeovers particularly contentious.