Wednesday, 1 February 2023
You are here: Home ‘The Talk’ declares Natalie Morales is joining as permanent co-host 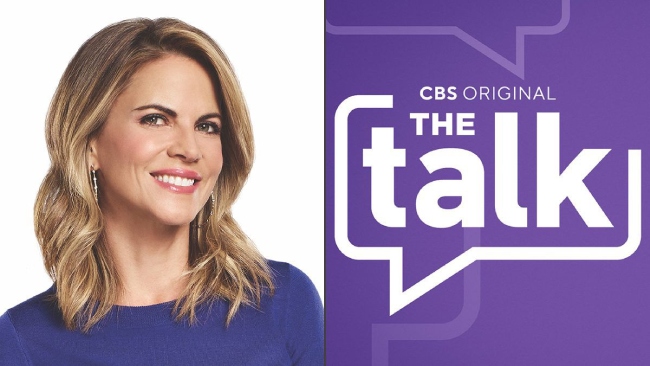 Natalie Morales is joining “The Talk” on a full-time basis following her public exit from NBC News following a 22-year run at the Peacock network.

“We couldn’t be more excited to have Natalie Morales join ‘The Talk’ family,” executive producers Heather Gray and Kristin Matthews said, according to Deadline. “We have been fans of her and her work for years. Her varied skillset and versatility are a great addition to our talented panel. Natalie’s intelligence, passion and enthusiasm always shine through in all her work, and we are fortunate to have her on the team.

“In addition to her role as an exceptional broadcaster, we believe her perspective as a wife and mother will provide a special connection with our audience,” the statement continued.

Morales called the new post “an extraordinary opportunity” and said she loves “the new energy and direction” of the show, which has fielded questions concerning its cast since Sharon Osbourne withdrew the show in March and was supplanted by Jerry O’Connell – a move that gives off an impression of being a hit hitherto.

“I’m looking forward to many good times while talking about the days’ topics, and I can’t wait to get going,” Morales added of the move to join ‘The Talk’ in a permanent capacity.

Spirits will make her debut on the Emmy-winning daytime program on Oct. 11 and keeping in mind that she’ll consider herself to be the show’s newest face, Morales isn’t the main amateur on the roster.

Akbar Gbajabiamila joined the board last month in the wake of Carrie Ann Inaba and Elaine Welteroth leaving the show in August. Welteroth had just been on the board for not exactly a year.

“The Talk” made its season 12 return from September 13.