Monday, 23 May 2022
You are here: Home The moon will become red during a total lunar eclipse on May 15th 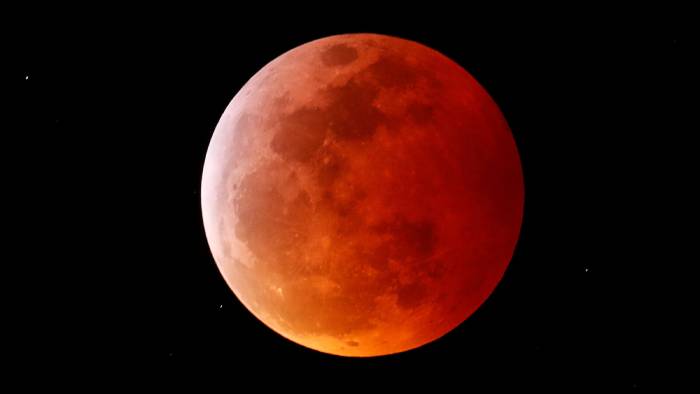 A total lunar eclipse is on the horizon, following the year’s first solar eclipse, a partial eclipse on April 30.

The full Flower Moon will enter Earth’s shadow between the late evening of May 15 and the early morning of May 16, depending on your time zone, causing a total lunar eclipse visible from the majority of the Americas and Antarctica, as well as the western reaches of Europe and Africa and the eastern side of the Pacific. A penumbral eclipse will be visible from New Zealand, Eastern Europe, and the Middle East, in which only the edge of Earth’s shadow falls over the moon.

Eclipses of the moon always occur during full moons. Full moons happen when the moon is on the opposite side of the Earth from the sun, and the sun lights the moon’s complete face as seen from Earth. Because the moon’s orbit is slanted by roughly 5 degrees compared to the Earth’s, it typically avoids the Earth’s shadow; when it doesn’t, a lunar eclipse occurs.

A total eclipse, as the name implies, occurs when the entire moon passes through the darkest region of Earth’s shadow. As the moon moves into the umbra, a total eclipse will contain both penumbral and partial phases. Although some locations will miss parts while the sun is above the horizon, the upcoming lunar eclipse on May 15–16 will be a total lunar eclipse.

The moon appears blood crimson during total lunar eclipses. This is due to the fact that light from the sun refracts around the Earth as if it were a prism; the light waves are stretched out and appear redder on the spectrum when they reach the moon. The hue of the moon is also affected by the state of the Earth’s atmosphere; depending on the quantity of dust, cloud cover, or volcanic ash in the atmosphere, the moon can appear more orange or gold.

Don’t worry if you miss this complete lunar eclipse; there will be another one later this year on Nov. 8. This one will be seen throughout the Americas, Oceania, and Asia.