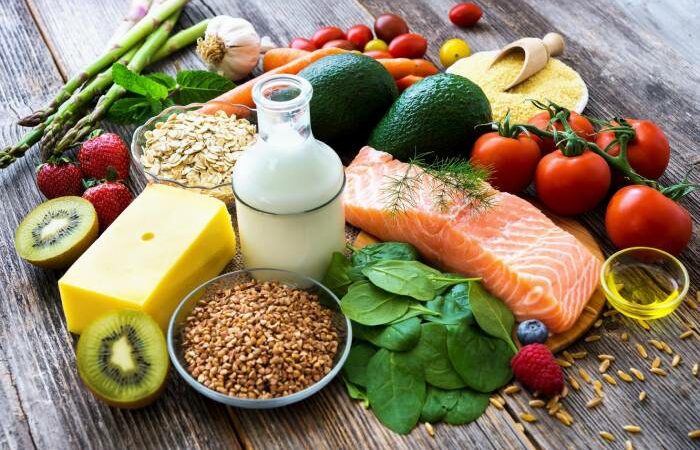 It’s a winning streak that never to end. According to ratings released Tuesday by U.S. News & World Report, the Mediterranean diet finished first across the finish line for the fifth year in a row in the annual race for best diet.

Coming in second place, in a tie: The DASH diet, which stands for dietary approaches to control hypertension and stresses salt reduction; and the flexitarian diet, which advocates vegetarianism most of the time but is flexible enough to allow a burger every now and then.

“I think it’s important to note that the top three diets — Mediterranean, DASH and flexitarian — all offer variety, flexibility and few, if any, rules,” said Gretel Schueller, managing editor of health at U.S. News & World Report, in an email.

“All the diets that perform well are safe, sensible and backed by sound science. The diet winners also all provide adequate calories with a focus on vegetables, fruits and whole grains; a modest amount of lean protein, dairy; and an occasional treat” Schueller continued.

A panel of 27 experts looked at 40 diets and ranked them on several factors, including how easy they are to follow, how likely they are to help people lose weight in the short and long term, how effective they are at preventing cardiovascular disease and diabetes, and how nutritionally complete they are.

“Generally speaking, the top diets are driven by what you can eat — not what you can’t eat. And right now — during these stressful times of the pandemic — that’s especially helpful for people ” According to Schueller. “We want food we can enjoy. And we want food that will maintain our health, maybe even boost our immunity. The top-ranked diets offer this.”

In addition to winning the title of best overall diet, the Mediterranean way of eating was also named best in the categories of easiest to follow diets, best diets for healthy eating, best diets for diabetes, and best plant-based diets.

The Mediterranean diet has been shown in numerous studies to lower the risk of diabetes, high cholesterol, dementia, memory loss, depression, and breast cancer. Stronger bones, a better heart, and a longer life have all been linked to the diet, which is more of an eating style than a limited diet.

The diet promotes simple, plant-based cuisine, with the majority of each meal consisting of fruits and vegetables, whole grains, beans, and seeds, as well as a few nuts and extra-virgin olive oil. Sugar and processed foods are only taken on rare occasions, and fats other than olive oil, such as butter, are rarely consumed.

Red meat is only used in small amounts and is usually only utilised to flavour a dish. The consumption of omega-3-rich fish is encouraged, whereas eggs, dairy, and chicken are consumed in far smaller quantities than in the standard Western diet.

The Mediterranean diet emphasises social interaction during meals as well as physical activity. Consuming with friends and family, socialising over meals, consciously eating favourite foods, as well as mindful movement and exercise are all part of the diet.

The Mediterranean diet tied for first place in the most heart-healthy diet category with the Ornish diet, which was developed in 1977 by Dr. Dean Ornish, the founder of the nonprofit Preventive Medicine Research Institute in California. The diet is now available through the consumer health website Sharecare.

“Most foods with any cholesterol or refined carbs, oils, excessive coffee, and practically all animal products bar egg whites and one cup per day of nonfat milk or yoghurt are restricted, however the plan includes some seeds and nuts,” according to the study.

While experts acknowledge that the diet can be too restricted and difficult to adhere to, Ornish claims that it is the only scientifically established regimen to treat cardiac disease without the need of medicines or surgery, as shown in a randomised clinical trial.

The diet is combined with stress-management strategies, exercise, social support, and quitting smoking, according to the study, and “formed the core of Ornish’s famous heart disease-reversal trial in the 1990s.”

The Mediterranean diet came out on top in the category of best diabetes diet. The flexitarian and vegan diets tied for second place.

The flexitarian diet is made up of two words: vegetarian and flexible. You don’t have to fully avoid meat on this diet. You can eat mostly plants while occasionally indulging in a steak or burger. According to the analysis, eating a primarily plant-based diet is linked to overall better health and longevity, including a lower risk of heart disease, diabetes, and cancer.

The vegan diet goes one step further than vegetarianism by excluding all animal products, including dairy and eggs. That means “no refried beans with lard, margarine made with whey and anything with gelatin, which comes from animal bones and hooves,” according to the report.

The popular WW (formerly known as Weight Watchers) plan tied for first place in this category with the flexitarian and Volumentrics diets.

The flexitarian diet encourages you to include non-meat proteins such as beans, peas, or eggs in your diet, as well as fruits and vegetables, complete grains, dairy, and seasonings. Then, according to the article, you should aim to stick to the following calorie counts: “Breakfast choices are around 300 calories, lunches 400 and dinners 500. Snacks are about 150 calories each; add two, and your daily total clocks in at 1,500 calories .”

According to the flexitarian diet’s research, “If you emphasise the plant-based component of this diet — eating lots of fruits, veggies and whole grains — you’ll likely feel full on fewer calories than you’re accustomed to.according to the analysis of the flexitarian diet. “Research shows vegetarians tend to eat fewer calories, weigh less and have a lower body mass index (a measure of body fat) than their meat-eating peers.”

According to the report, the WW plan, which tied for top place among the best commercial diets with the Mayo Clinic diet, contains one key component needed in every successful diet: social support. The package includes an online community in addition to in-person meetings and optional one-on-one consulting.

“A backbone of the program is support via the WW app, expert-led workshops and Digital 360 plans to provide practical tools and behavior-change techniques for help along the way,” according to the report.

The person who needs to reduce a few pounds quickly for a specific event falls into this category. According to U.S. News & World Report, these eating plans are not advised as a long-term way of eating.

This category was won by the Atkins Diet, which was founded in 1972 by cardiologist Dr. Robert Atkins. The diet is divided into four parts, with the first phase beginning with relatively minimal carbs and gradually increasing as the diet develops.

The analysis found that “low-carb dieters may eat too much fat, raising health concerns,” giving the diet a 34 out of 40 total rating.

The OPTAVIA diet and the Health Management Resources Program, or HMR, tied for second place.

The HMR programme is a calorie-reduction and lifestyle-change programme that includes extra fruits and vegetables in meal replacements. According to the report, the two-week starter kit costs little under $200 and includes 70 servings of HMR shakes and entrées, as well as support materials, weekly group coaching, and free shipping.

The OPTAVIA diet recommends purchasing its “Fuelings” and supplementing them with a daily “Lean & Green” meal (one meat, veggie, and healthy fat entrée).

“Between 10 to 35 percent of daily calories come from protein,” according to the analysis, which is higher than government recommendations. “Prices for OPTAVIA’s Optimal Weight 5&1 Plan range from about $400 to $450 for 119 servings, or about three weeks’ worth; that’s about $13-$15 per day.”

According to the report, HMR and OPTAVIA were ranked 27th and 40th, respectively, out of 40 diets.

The Dukan Diet was ranked at the bottom of the best diets list. Other low-ranking diets included Whole30, which tied for 35th place, and the popular keto diet, which tied for 37th place with the modified keto diet.

Experts often grade the Dukin, Whole30, and keto diets negatively because they are excessively restricted, difficult to follow, and exclude entire food groups, which is not advised by dietary guidelines.

How to Begin Eating a Mediterranean Diet

Do you want to make the Mediterranean diet one of your New Year’s resolutions? Begin by preparing one meal per week utilising beans, whole grains, and veggies, as well as herbs and spices to provide flavour. Add two nights a week when one is easy, and start building your nonmeat dishes from there.

Ancient grains, or grains that haven’t altered much throughout the centuries, are likewise a big part of the Mediterranean diet. Ancient grains include quinoa, amaranth, millet, farro, spelt, Kamut (a wheat grain reported to have been unearthed in an Egyptian tomb), and teff (an Ethiopian grain roughly the size of a poppy seed).

When you do eat meat, keep it to a minimum. That implies no more than 3 ounces of chicken or lean meat as a main meal. Better better, flavour a veggie-based meal like a stir fry with small bits of chicken or slices of lean meat.

Get inventive if you’re tired of eating raw, fresh fruit. Reduce the sauce and serve over Greek yoghurt after poaching pears in pomegranate juice with a little honey. Drizzle honey over pineapple or other fruits that have been grilled. Make a fruit sorbet, including avocado (which is technically a fruit). Stuff a fig or date with goat cheese and a few almonds before serving. Make a whole-wheat fruit tart or a brown rice apple crisp.