Monday, 28 November 2022
You are here: Home The first Tesla Cybertruck, according to Elon Musk, will have 4 motors 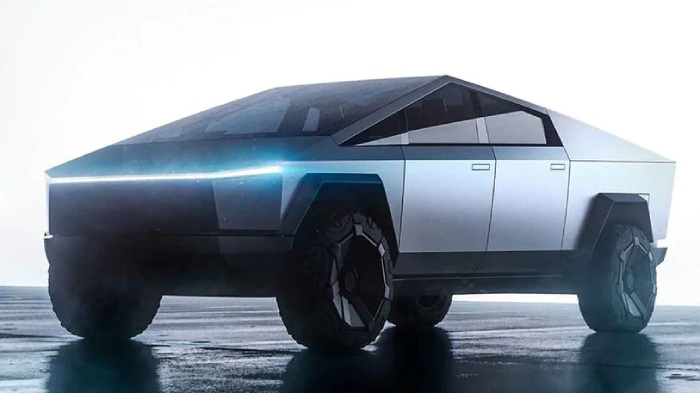 Tesla has been promising that its shiny, spaceship-like Cybertruck is just around the horizon for quite some time. However, Tesla CEO Elon Musk has been teasing elements of the upcoming pickup truck despite the production delays.

When Tesla finally starts rolling the Cybertruck off the assembly line in 2022, it will be available in a four-motor configuration. Elon Musk, the company’s CEO, stated on Twitter that the model will provide “independent, ultra fast response torque control of each wheel.” Rivian’s R1T is one of the EVs that has a motor on each wheel.

Tesla stated the controversially styled pickup would come with one, two, or three motors when it initially announced it in late 2019.

Musk also said that the Cybertruck will be able to turn like a tank because to its four-motor arrangement. This is performed by making one side of the vehicle’s wheels spin faster than the other, or in the opposite direction. (Rivian claims this as a benefit of its pickup as well.)

He earlier stated that the electric vehicle will have rear-wheel steering, allowing it to move diagonally, “like a crab.” The Hummer EV, in particular, has a crab mode. Nissan’s e-4orce all-wheel-drive system, which is included in the Ariya electric crossover, the next-generation Leaf, and a lunar lander prototype, has front and rear motors.

In October, Tesla took down all Cybertruck specifications and pricing from its website. Interested buyers can put down a $100 refundable deposit and customise their order closer to when Tesla begins production, which is expected to begin next year. However, it appears that if you want a two-motor version, you’ll have to wait a little longer.