Wednesday, 25 May 2022
You are here: Home Steph Curry becomes first player in NBA history to make 500 career playoff threes to beat the Grizzlies 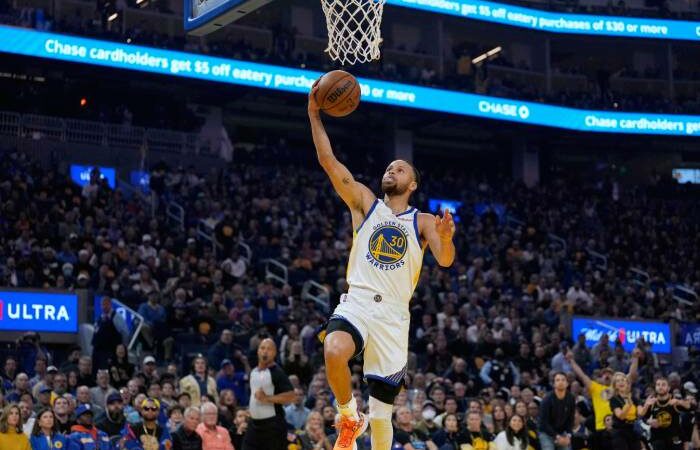 Steph Curry made history by becoming the first player in NBA history to make 500 career playoff threes on Monday, scoring 32 points and dishing out eight assists to lead the Golden State Warriors to a 101-98 victory over the Memphis Grizzlies and a one-game lead in the Western Conference finals.

With 45.7 seconds remaining, an out-of-sorts Warriors pulled away from the Grizzlies, gaining their first lead of the night and establishing a 3-1 lead in the best-of-seven series.

Curry scored 18 points in the fourth quarter to tie the game at 90 with 3:25 remaining, then hit eight key free throws in the last minute to put his team ahead.

Curry told reporters after the game, “Nothing we figured out, it was just don’t let the first three quarters influence the fact that we still had a chance to win the game.” “Shoot the shots you think you can make, play aggressive, take care of the ball. We did all of those things.”

Coach Steve Kerr, who tested positive for Covid-19 two hours before tip-off and was unable to take his position on the bench, made Golden State’s mission even more difficult.

Mike Brown, who will take over as head coach of the Sacramento Kings next season and previously led the Warriors to an 11-0 record during their 2017 title run when Kerr was out, took his place.

Warriors guard Klay Thompson stated, “His head coaching record for a Warrior playoff game I think is undefeated.” “We did miss Steve a lot, just his voice, his presence, but we’ve been here before, 2017 when Mike took over and we rolled off a lot of wins, so I reflected on that a lot.”

Due to their terrible shooting, neither side was able to break away, as neither shot 42 percent from the field or 26 percent from beyond the arc.

Until Otto Porter Jr. drilled a three with 3:24 left in the second quarter, the Warriors were 0-15 from beyond the arc. Thompson finished with 14 points and seven rebounds despite losing all seven of his three-point attempts.

The Warriors’ offence was shut down by the Grizzlies’ defence, which was led by Jaren Jackson Jr., who blocked five shots and had two steals in the first half.

Game 5 will take place in Memphis on Wednesday.

Celtics level series against the Bucks 2-2

In the Eastern Conference, Al Horford had a postseason career-high 30 points to lead the Boston Celtics to a 116-108 victory over the Milwaukee Bucks, tying their best-of-seven series at two games apiece.

Horford told the media after the game, “I usually just kind of go about my business.” “I do get excited, but I guess you kind of pick your spots, your moments. This was an emotional game.”

Despite behind by 11 points in the third quarter, the Celtics recovered with a 10-0 scoring spree to get back into the game before outscoring the Bucks 43-28 in the fourth.

Jrue Holiday of Milwaukee, who had 16 points, seven rebounds, and nine assists, stated, “Al [Horford] had a hell of a game.” “I think we came down and had some shots we usually make, and we couldn’t finish those. But give them credit. They made more plays.”

Two of the next three games in the series are at home for the Celtics. Game 5 will take place at TD Garden in Boston on Wednesday.