Monday, 28 November 2022
You are here: Home Scientists recently discovered a bus-sized asteroid, and it will pass very close to Earth tonight 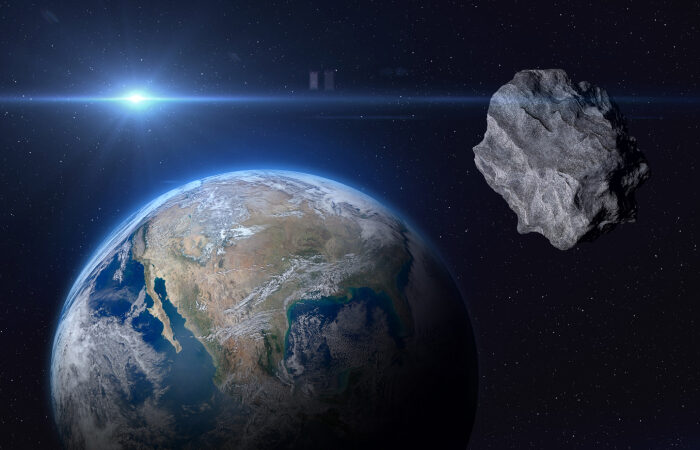 On Thursday, July 7, a bus-sized asteroid will pass within approximately 56,000 miles (90,000 km) of Earth, which is only about 23 percent of the distance between the Earth and the moon on average. And only a few days ago, nobody anticipated it.

According to calculations made by NASA’s Jet Propulsion Laboratory in Pasadena, California, the asteroid 2022 NF is expected to pass by our planet without any problems.

The Panoramic Survey Telescope and Rapid Response System (Pan-STARRS), a network of cameras and telescopes stationed in Hawaii with the main objective of finding near-Earth objects, or NEOs, helped astronomers find the stealthy asteroid. The space rock was discovered on July 4, and after calculating its approximate size and trajectory, scientists determined that it was between 18 and 41 feet (5.5 metres and 12.5 metres) wide at its widest point.

According to Live Science’s sister site Space.com, 2022 NF does not meet NASA’s requirements for a “potentially hazardous asteroid,” which typically require that the object be at least 460 feet (140 metres) large and pass within 4.6 million miles (7.5 million km) of Earth. The recently discovered asteroid will travel close to that distance, but it is far too small to pose an existential risk to Earth.

Thousands of NEOs like this one are carefully monitored by NASA and other space agencies. Rarely do asteroids threaten Earth, but if their trajectories were to change, some huge asteroids would be hazardous.

The Double Asteroid Redirection Test (DART), a NASA asteroid-deflecting spacecraft, was launched in November 2021 and will collide head-on with the 525-foot-wide (160 m) Dimorphos asteroid in autumn 2022. The asteroid won’t be destroyed by the hit, but its orbital route may be significantly altered, according to a recent Live Science post. Should an asteroid threaten our planet in the future, the mission will help test the effectiveness of asteroid deflection.