Saturday, 4 February 2023
You are here: Home Samsung’s Tab A8 comes with a faster processor, more RAM, and more storage options 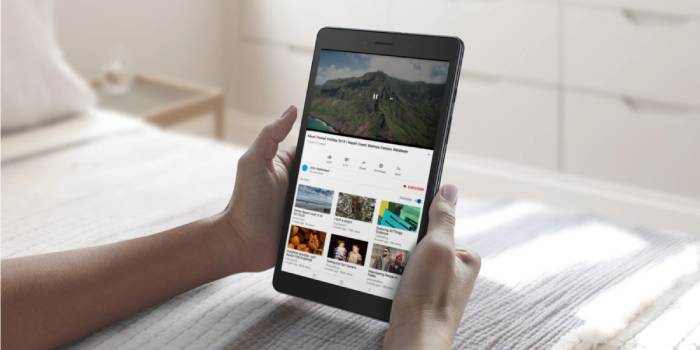 Samsung’s Tab A line has been one of the few options for individuals looking for a low-cost Android tablet for the past few years. The Tab A8 will be available in the United States early next year. It’s not a particularly interesting update, but it does provide a few improvements over its predecessor. The new model has a “expanded” 10.5-inch display with a 16:10 aspect ratio and a 1,920 x 1,200 resolution TFT panel, according to Samsung.

Internally, the Tab A8 boasts an octa-core processor that, according to the manufacturer, is 10% quicker than the Snapdragon 662 processor that came with its predecessor. In addition to the 3GB base model, Samsung will offer a 4GB version of the tablet.

The smartphone should feel snappier because to the quicker processor, especially if you choose the model with extra RAM. The Tab A8 has an 8-megapixel main camera and a 5-megapixel front camera for photographs and videos.

The Tab A8 comes with 32GB of storage as standard, but you can upgrade to 128GB of internal storage, which is a first for the range. If you need extra storage, you may use the integrated MicroSD slot to add up to 1TB of additional storage. A 7,040mAh battery powers everything.

Samsung didn’t provide a battery life estimate, but in a video rundown test last year, the Tab A7 with the same capacity battery lasted 11 hours and 30 minutes. Although the Tab A8 supports up to 15W rapid charging, it only comes with a 7.75W power adapter. It retains the headphone jack from last year’s devices, and Android 11 is expected to be included.

The Samsung Galaxy Tab A8 will be available in the United States next month. The tablet will come in three colours: grey, silver, and pink gold. Pricing information was not provided by the company. For contrast, the Tab A8’s predecessor retailed for $230, though it was regularly on sale for less.