Friday, 28 January 2022
You are here: Home Samsung starts stable deployment of One UI 4 on its devices 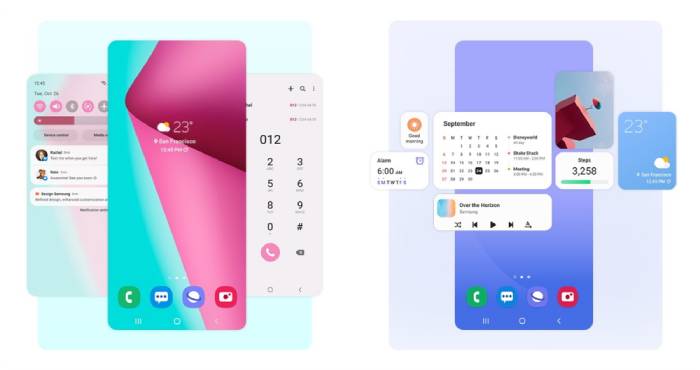 Samsung device owners have been anxiously anticipating their chance to see the new One UI since Android 12 was released. Following the completion of the public beta test, the first official One UI 4 upgrades began to appear on a number of Galaxy devices.

The excitement over this release didn’t last long, however, as it was temporarily suspended due to various bugs. Existing beta testers were then given a new test build, on top of which Samsung planned to release a revised stable upgrade — but that plan fell through. It took some time to figure out what was causing the problem, but Samsung has now started pushing out the update again.

While Google works directly with OEMs to ensure that the latest version of Android is deployed as rapidly as possible, there will inevitably be some particular challenges. Naturally, the more changes you make to the stock Android codebase, the more likely it is that new versions will introduce bugs.

These are the same issues that Samsung had with the Galaxy S21 series, Galaxy Z Flip 3, and Galaxy Z Fold 3 when Android 12 was first released. Samsung and Google partnered to find a solution to the compatibility difficulties between the latest version and the Google Play system. The Galaxy S21 range and current-gen Galaxy foldables are now receiving new One UI 4 stable updates across the globe, thanks to the bug issue being removed.

G99xBXXS3BULC is the new release code for the Galaxy S21 family’s global versions (G99xNKSS3BULC for the Korean models). The Galaxy Z Flip 3 and Galaxy Z Fold 3 are, on the other hand, receiving new firmware updates with firmware versions F711xxxS2BUL6 and F926xxxS1BUL6, respectively. These builds have an Android security patch level of December 2021.

If you haven’t yet gotten the update notification on your Galaxy S21, Galaxy Z Flip 3, or Galaxy Z Fold 3, go to the Software Update section of the Settings app to see if the new build is available. Alternatively, you can use our Samsung Galaxy firmware flashing tutorial to perform a manual installation.