Saturday, 25 June 2022
You are here: Home Samsung is releasing Galaxy Buds 2 with a Pokémon theme 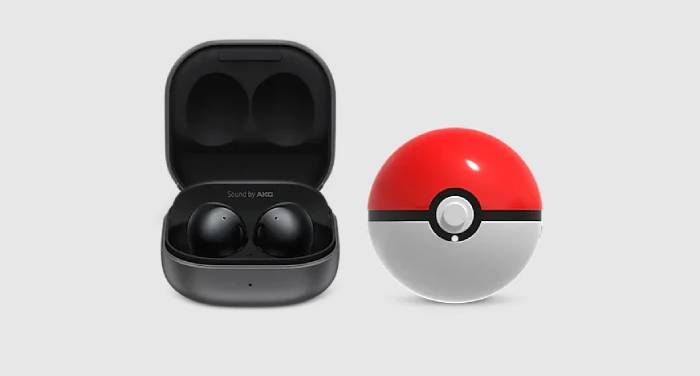 Samsung is returning to the Pokémon well after the release of its Pokémon-themed Galaxy Z Flip 3. This time, the South Korean company is concentrating on its accessories, with one of its most recent items, the Samsung Galaxy Buds 2, serving as the inspiration. While there are little facts about the impending Pokémon package, there is much to look at, as the Pokémon Samsung Galaxy Buds 2 already has an official product page with numerous images.

The set will include a sticker in addition to the Samsung Galaxy Buds 2 and Pokéball. That’s right, you won’t get the entire set like in the promotional image. Instead, when you purchase it, you will receive one sticker at random. There are ten popular stickers, including Pikachu, Squirtle, Jigglypuff, and others. If you’re lucky, you’ll get your hands on the hologram Mewtwo, which is the only uncommon sticker in the lot.

Although pricing isn’t listed on the website yet, SamMobile says the bundle will cost 134,000 Korean Won, or roughly $105. While the price is reasonable, previous Samsung and Pokémon partnerships have shown that this will be a limited edition item that will sell out soon.

Unfortunately, no date has been set for the release of the Pokémon-themed Galaxy Buds 2. The product, like the Galaxy Z Flip 3 partnership before it, will be unique to South Korea. There is no information on when it will be released in other parts of the world.