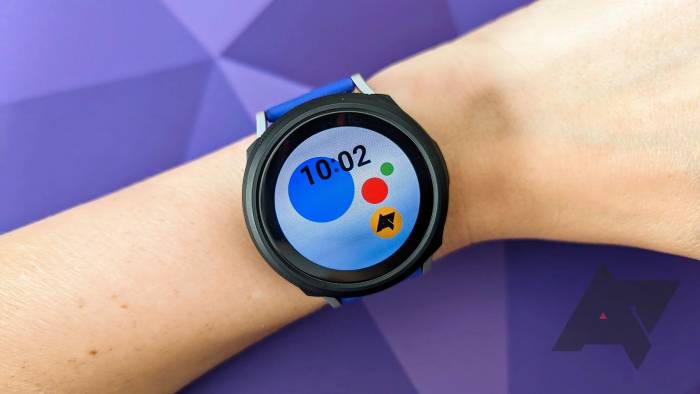 The wait for Samsung Galaxy Watch 4 owners is finally over. Starting now, Google Assistant is accessible for download.

Google Assistant for Wear OS 3 may be downloaded from the Google Play Store and launched from the app menu on the Galaxy Watch 4 and Watch 4 Classic. However, you may access Google Assistant with voice commands or configure the watch’s home button as a shortcut.

This upgrade has been in the works for quite some time. When Google and Samsung first launched Wear OS 3, they claimed that the unified platform would provide Samsung wristwatch owners with more app options. Previously, Bixby could only be used as a digital assistant on Samsung’s Tizen-based smartwatches. Wear OS 3 was supposed to allow users select between Bixby and Google Assistant. Apps like Google Pay are in the same boat.

Since its launch last year, the Galaxy Watch 4 has been missing Google Assistant. Despite user dissatisfaction, Google and Samsung have remained coy about when Assistant will be available, saying only “coming soon.”

In the run-up to this year’s Google I/O, though, it was evident that the wait was coming to an end. In an update log at the end of April, Verizon mistakenly indicated Assistant was already accessible. (No, it wasn’t.) Samsung then released a teaser video on YouTube showing Assistant on the Galaxy Watch 4 a few days later. Samsung then announced that Assistant would arrive “this summer” shortly after the Google I/O keynote earlier this month.

The only “surprising” aspect of today’s news is how quickly it arrived following I/O. (After all, it’s been less than two weeks since I/O, and summer hasn’t even begun.) However, it makes sense that it will be released sooner rather than later. Google stressed at I/O that the upcoming Pixel Watch would contain additional Google services when it releases this fall — and it’s hard to picture a Pixel Watch without Assistant.