Wednesday, 7 December 2022
You are here: Home Rivian plans to build a $5 billion manufacturing plant in Georgia 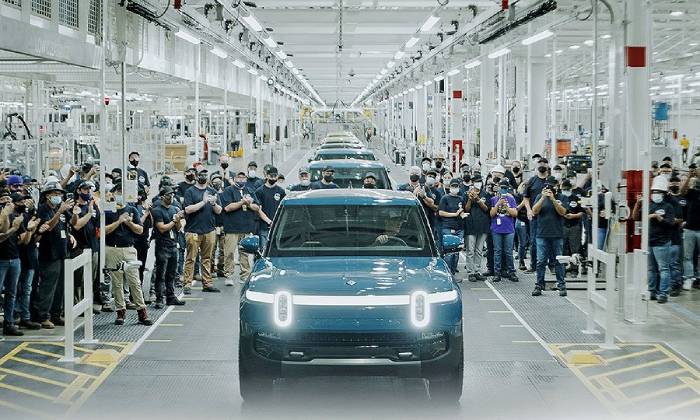 Rivian, the electric vehicle manufacturer, aims to start building a second manufacturing plant in 2022, despite falling short of its output targets at its current facility.

Rivian stated on Thursday that its new $5 billion plant east of Atlanta, Georgia, will be capable of producing up to 400,000 automobiles per year, more than doubling the capacity of its current Bloomington-Normal operation.

Rivian expects to miss its manufacturing goal of 1,200 vehicles in Illinois this year by a few hundred vehicles. Rivian has developed 652 customer pickup trucks and SUVs and delivered 386 as of December 15.

Global supply chain issues, a tight labour market, and covid have all caused in production challenges, according to Rivian CEO RJ Scaringe on the automaker’s first earnings call as a public business.

With Rivian’s vehicles requiring 2,000 parts, even a 0.1 percent deficit can hinder production, according to Scaringe.

Rivian has had a breakout year despite the difficulties. It raised nearly $12 billion in its initial public offering last month. Rivian is currently valued at $90 billion, which is higher than both Ford (F) and General Motors (GM) (GM).

Rivian announced on Thursday that it had received 71,000 preorders for SUVs and pickup trucks, up from 48,390 at the end of September. This month, Motor Trend named Rivian’s R1T Truck of the Year.

Rivian’s new plant in Georgia, which spans roughly 2,000 acres, will eventually employ 7,500 people, according to Rivian. The carmaker, which presently employs over 10,000 people, plans to begin vehicle manufacturing in 2024. Rivian looked at sites all around the country, according to Scaringe, looking for a location with access to talent and accessibility to suppliers.

Rivian lost $1.2 billion in its first quarter as a publicly traded business, compared to $288 million the year before.

Rivian is particularly focused on providing trucks to Amazon (AMZN), according to Scaringe, who claims that Amazon has ordered 100,000 delivery vehicles from Rivian by 2025.

“It’s critical that we don’t starve them of vehicles,” Scaringe said.