Saturday, 2 July 2022
You are here: Home Rihanna has named a “national hero” of Barbados 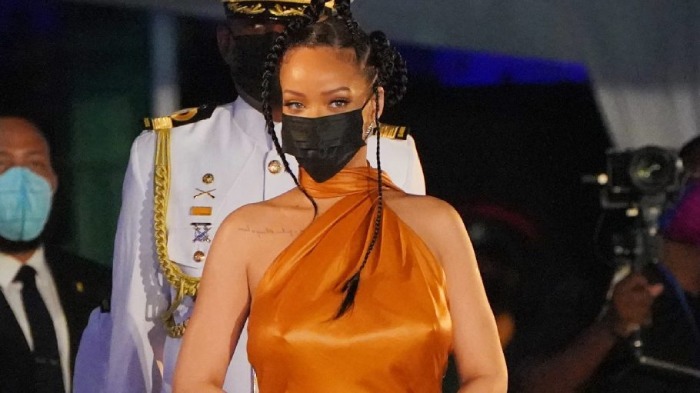 Rihanna’s homeland wants her to “shine bright like a diamond” in the future.

The musician was recognised during Barbados’ presidential inauguration on Monday, which marked the country’s transition to a republic.

“On behalf of a grateful nation, but an even prouder people, we therefore present to you the designee for national hero of Barbados, Ambassador Robyn Rihanna Fenty,” Barbadian Prime Minister Mia Mottley told the throng.

“May you continue to shine like a diamond and bring honor to your nation by your works, by your actions and to do credit wherever you shall go,” Mottley said.

Barbados appointed the cosmetics and fashion mogul as an ambassador in 2018.

The role provides the celebrity “specific responsibility for promoting education, tourism and investment for the island,” according to a statement given by the Barbados Government Information Office at the time.

In 2008, she was appointed as one of the Caribbean island country’s cultural ambassadors, where she promoted the tourism ministry’s efforts.

Barbados became a republic about 400 years after the first English ship arrived on the most easterly of the Caribbean islands, in a decision that gained widespread support in the country.